This advert was taken from the Wiltshire Gazette for 12th November 1953. A. S Wordley were agricultural engineers based in the Market Place, Market Lavington 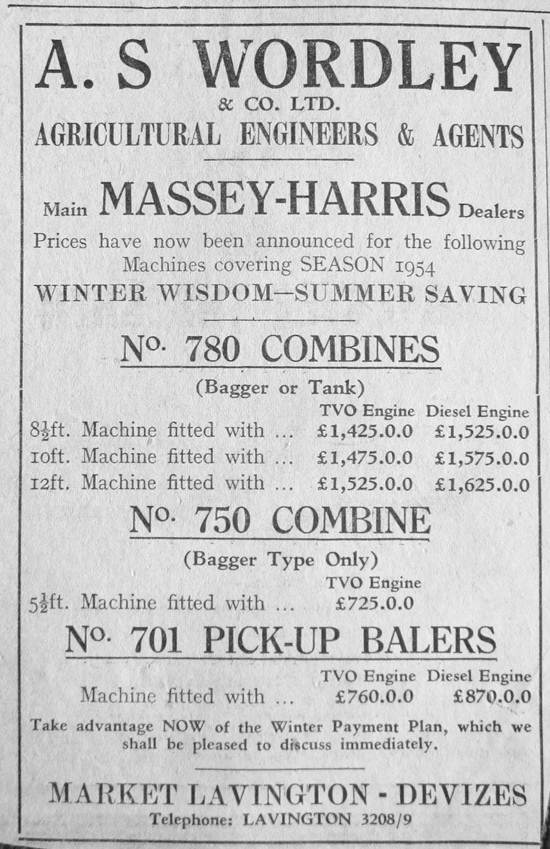 Advertisement for Wordley’s Agricultural Engineers of Market Lavington. From a 1953 newspaper.

Many is the time that words can paint pictures and this advert paints a picture of long gone days. One thing that has pretty well vanished in the 60 years since the advert appeared, is adverts in the local paper for anything to do with agriculture. A look through a January 2013 edition found that there were ads for jobs in farming but, despite editorial content about farming no ads for equipment. Times change. Farmers tend to work to a bigger scale and no doubt get much more information from national magazines and, what you are reading now – the Internet

The bigger scale of farming is made clear by the ads for combines. The big one advertised has a twelve foot cut. These days a combine is likely to have had those feet changed to metres. This one worked on Lavington Hill in September 2012 and it has a 12 metre cut. 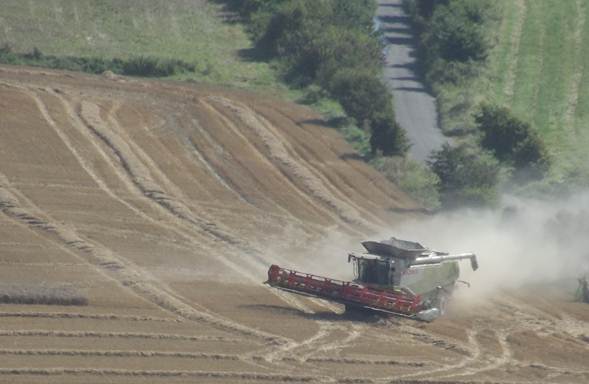 Large combine harvester at worjk on Lavington Hill in September 2012

Prices, perhaps more than compensate. The £1625 for a 12 foot cut diesel combine has become in excess of £300 000 for the present day monster. In real terms that’s about fair for you’d have needed three of the old machines to do nearly as much as the present one.

Lastly, we could comment on nice, simple, 4 digit phone numbers. They were so much easier to remember than today’s strings of numbers. Mind you, these days, with the right equipment, we can talk to our phone and just tell it to dial a named person, and it will do it.

Any memories of life at Wordley’s would be greatly appreciated.