The Workman’s Hall in Market Lavington was opened in 1865. It was a temperance hall, providing all the services that nearby inns offered, but without any alcoholic liquor. It seems that it was very popular for food and for games but when a drink was needed people popped along to The Green Dragon, or The Bell which was between the Green Dragon and the hall.

The hall was large and found use for meetings and formal dinners and a special set of crockery was produced for meals – crockery that bore the mark of the Workman’s Hall and the date of 1865. Some of this crockery has been in the museum for most of the 25 years that the museum has existed. We have plates, huge servers and vegetable dishes amongst a varied collection. But more turns up and in 2009 we were pleased to receive two more pieces which look to have had very little use. These are a soup serving spoon and a flat dish. They make great additions to our collection. 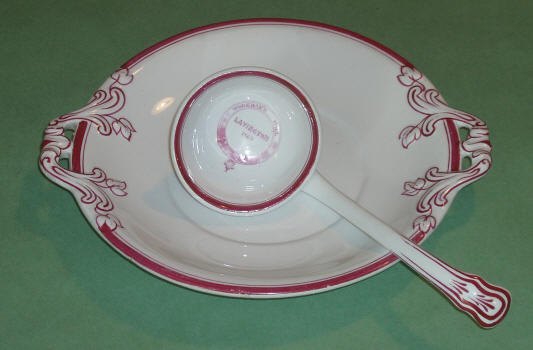 Workman's Hall Crockery - made in 1865 but new to the Museum 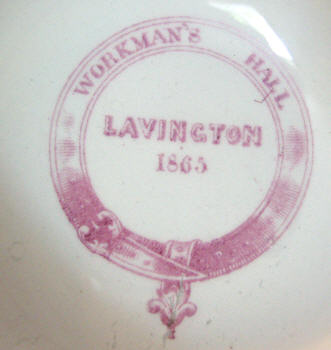 Do you have anything to offer the museum? It must have a connection with any part of the parish of Market Lavington, past or present. If so, then do contact the curator.