This photo has clearly seen better days but even so it is a lovely, lovely image. 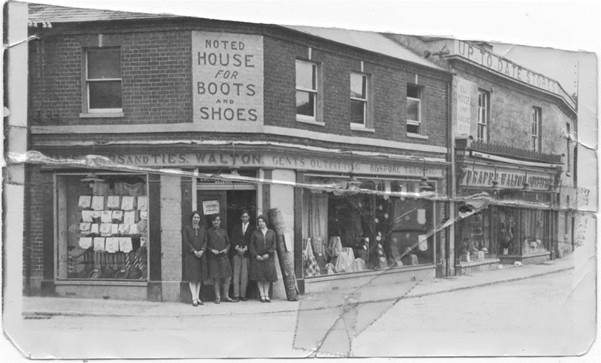 The corner of High Street and White Street – 1920s

This is the corner of High Street and White Street in Market Lavington probably in the 1920s. At this time many of the buildings in and around that junction, on both sides of White Street, were part of Mr Walton’s department store. And it had a full range of departments. We’ll take a closer look at the photo in a moment, but apart from what we see Mr Walton had the Post Office business, a bakery, a hardware and fancy goods department and at times found space for toys as well. He operated a central cashier (Mrs Walton) system with one of those cash railways to zap money to her and for her to deal with change and send it back to the sales people. That way large sums of money were always secured.

We can clearly see that Mr Walton claimed to have a noted house for boots and shoes but let’s zoom in elsewhere. 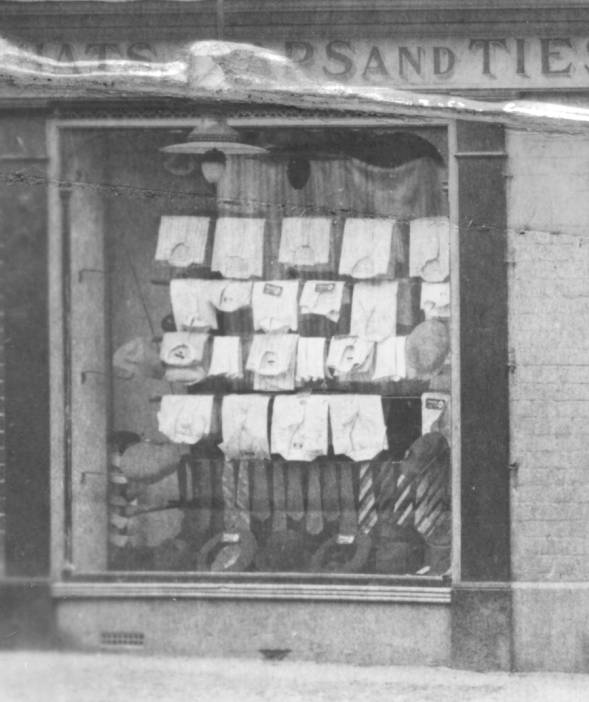 The sign board says Hats, Caps and Ties but we see shirt like garments. These are without collars which were often separate and attached with collar studs. 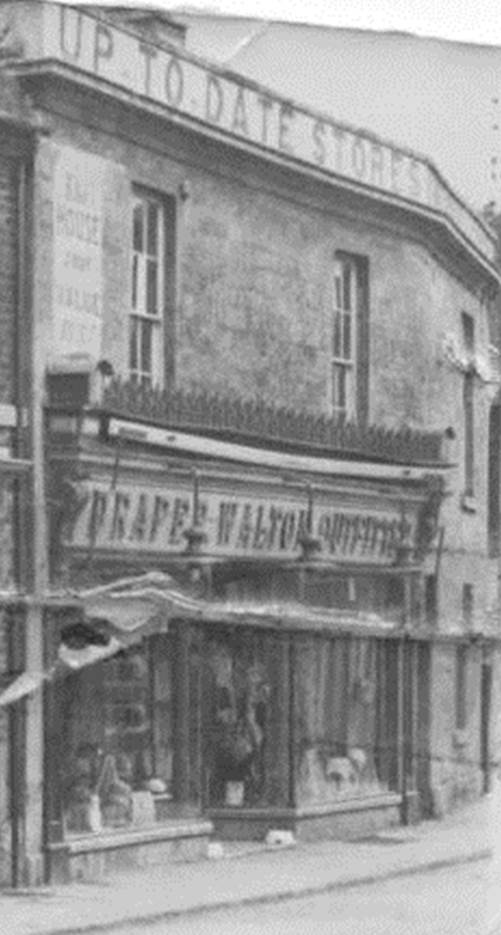 More signage – Up to Date Stores is long gone but ‘The house that value built’ was readable quite recently. This is the drapers and outfitters area,

And here are the staff. 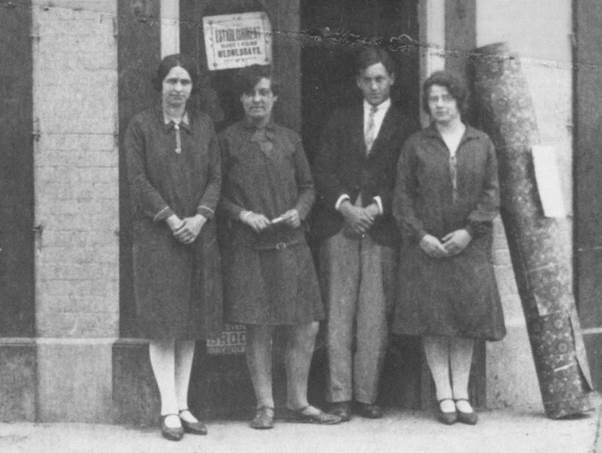 Staff stand by the entrance

We don’t know who they are but we recognise a roll of lino on the right. There are odd glimpses of other things. Something happened or was offered on Wednesdays and a piece of enamel advert can be seen amongst the legs of the left side ladies.

As ever, any further information would be gratefully received.