There were all sorts of buildings at the brick works, down on Broadway. Today we look at one of them which, when the photo was taken, began to look like a bit of a tumbledown hut. But it was a hut with history. 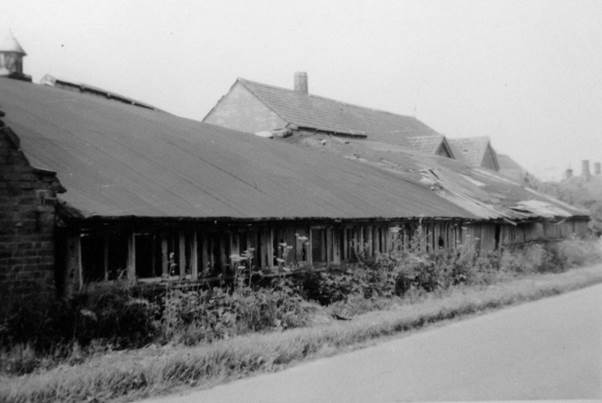 The Aerodrome Hut at Market Lavington Brick Yard in 1958. Prior to 1922 this had been at the Stonehenge Aerodrome

This hut was known as ‘The Aerodrome Hut’. This may seem an unlikely name.

It was acquired, by the brickworks in 1922. It had been (perhaps) an aeroplane hangar at the Stonehenge airfield. The photo itself dates from 1958 which is long after the brickworks closed.

Although the back of the photograph says this was a hangar, it looks rather small. Is there anybody out there who can tell us any more about original uses for the hut or, indeed, what our own local brickworks used it for?