Yesterday we brought you a play which seemed to have a connection with Nell Gwynne. Today we bring you what might be called her leading man – King Charles the Second – the Merry Monarch.

A farthing was dug up in a vegetable garden close to Clyffe Hall on The Spring in Market Lavington. We’ll not pretend it is in good order. It is very worn and it is hard to make out much on it. But we have decided it dates from the reign of Charles II and bears his image. 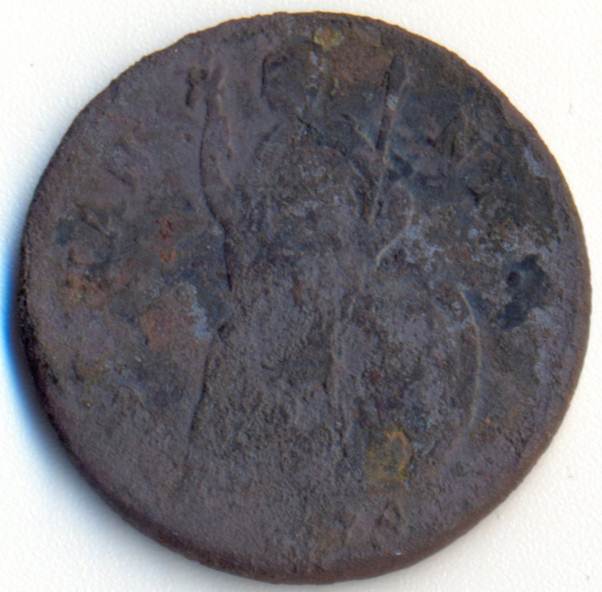 Reverse or tails side of a Charles II farthing found in a vegetable plot at The Spring, Market Lavington

There’s the reverse which carries an image of Britannia and the last two digits of the date – 78.

The obverse or head side is, perhaps, more worn. 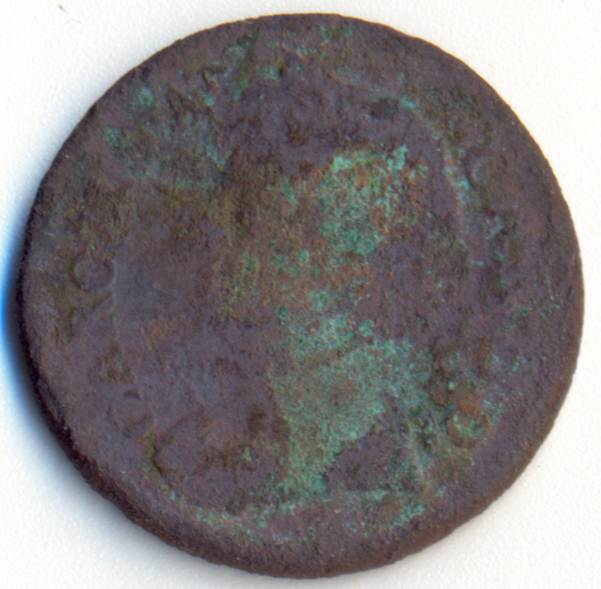 The head side (obverse) is marked with enough to make out Carolus.

But there’s enough there to identify it – with a little help from our internet friends.

So, some poor soul lost his farthing more than 300 years ago. It’s a bit like us losing a ten pound note. The loser would not have been pleased.