A General Election in Market Lavington

Market Lavington forms a part of the Devizes Constituency. In a few days, the people of the constituency will have a new MP. And so they did in the general election of 100 years ago when Basil Peto was elected for the Unionist Party.

Basil was the son of a railway building contractor, Samuel Peto so, no doubt, he was used to a hectic life. A career in politics must have seemed a good idea to him and he got his chance in 1910.

Gosh! It rather looks as though children and dogs had the vote in 1910, but of course, it was not so. This was a time when only adult men could vote.

Behind the supporters of Mr Peto we can see Mr Godfrey’s butcher’s shop and then Mr Meritt’s cycle depot.

A descendant of Mr Merritt gave the museum some new images, just yesterday. Here we have a photo of Mr Peto, sent during the election campaign. It was actually sent to a different Mr Merritt who was a blacksmith in the village. Perhaps, in 1910, a photo of the potential MP was deemed a good thing to have. 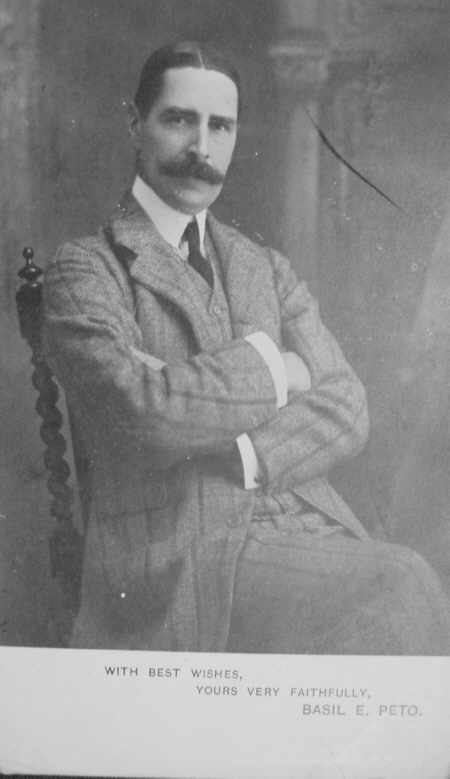 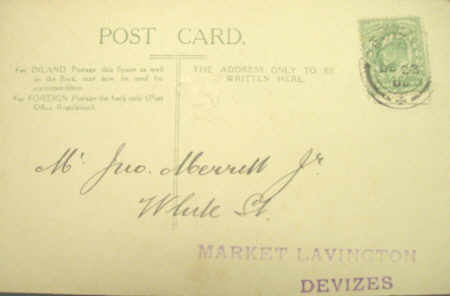 The picture of Mr Peto – sent to John Merritt

For the record, Mr Peto remained the MP until 1918.