A High Street for Horses

These days Market Lavington High Street is dedicated to the motor vehicle but as we have seen it wasn’t always so. Back in the 1950s the car or van was there, but not in vast numbers. If we go back 100 years then the car was virtually unknown. Today’s picture of the High Street dates from that era. It is taken from more or less outside the Co-op looking towards and beyond the crossroads. 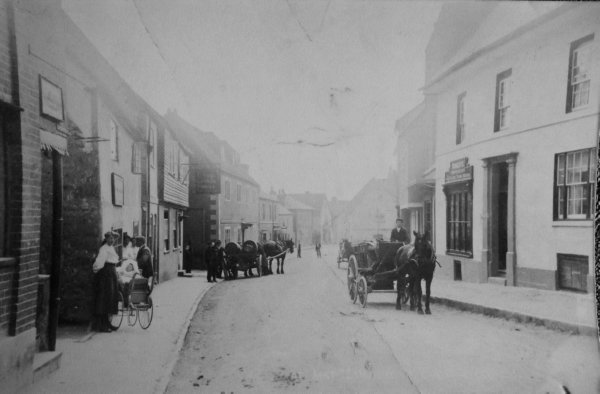 On the left we have the Elisha’s shop and then a group of people surround a pram. 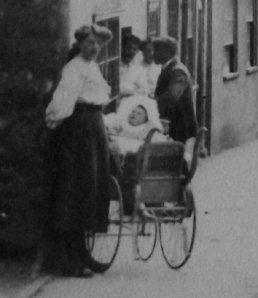 A pram of the period

Beyond the pram was Mr Whitchurch’s drug store and then the Kings Arms – which was receiving a delivery of beer. The dray, of course, was horse drawn.

The dray delivers at the Kings Arms

Beyond the dray is The Red House where James Neate lived. He was a wine and spirit merchant and had a brewery which supplied his own pub – The Brewery Tap on White Street. Further on we look down into Church Street.

On the right side we have Mr Burgess’s shop. He was the photographer and probably took this photo. Outside his shop there’s a small horse drawn wagon. Further down we can make out another horse drawn wagon. This could be outside where the newsagent is now. 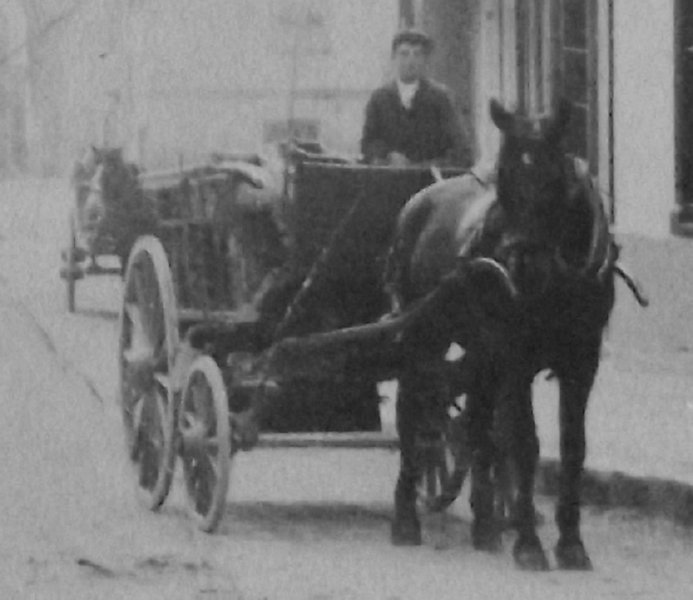 Four wheels on the wagon outside Mr Burgess’s shop

What a delightful, if sadly faded,  photo.