A letter to the Bishop of Melbourne, Australia

We are truly lucky at our museum in Market Lavington. Items arrive with us from all over the world. A recent visitor was Julie from Australia who brought with her a letter taken out by her ancestor when he emigrated with his family in 1852. The letter was written by the oddly named Mayow Wynell Mayow who was the vicar of Market Lavington at the time.

The first part of the letter is based around a form so no doubt such communications were not unusual. 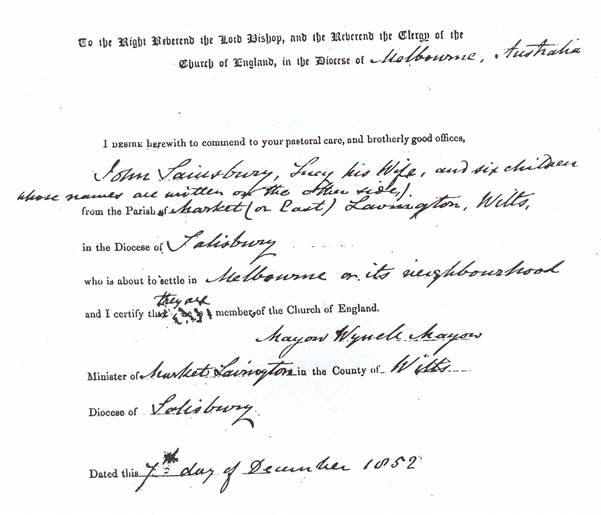 Here we see that the Reverend Mayow was commending John and Lucy Sainsbury and 6 children to the care of the Church of England in Melbourne. Interesting to note he refers to Market or East Lavington.

He then writes about the members of the family. 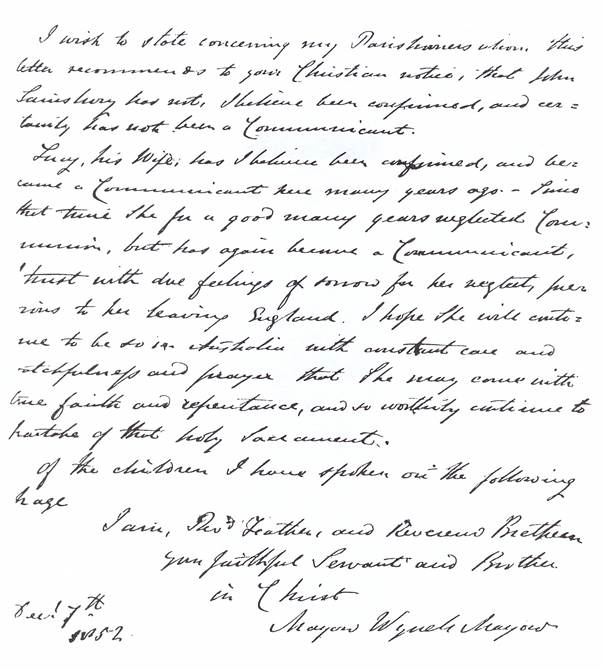 He goes on to say a word about the six children (getting his numbering in a muddle). 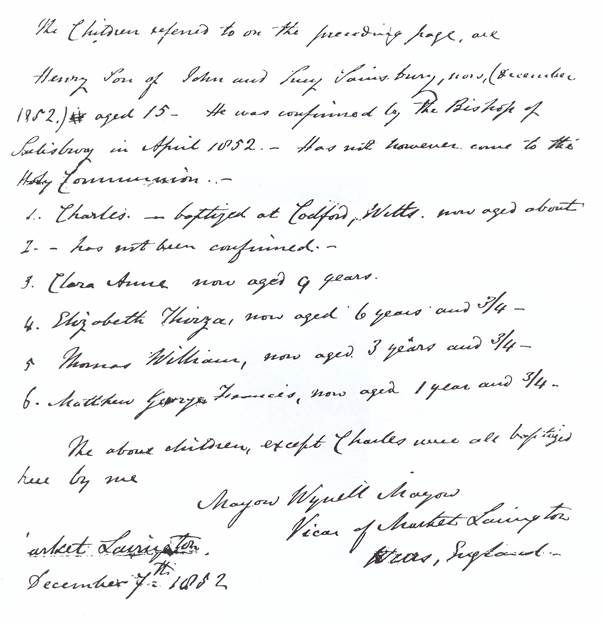 Information about the six children (a seventh was born in Australia)

Basically, we have Henry aged about 15, Charles – age not given but about 13, Clara Anne, aged 9, Elizabeth Thirza aged 6, Thomas William aged 3 and Matthew George Frances aged 1.

What a fascinating letter, and how useful to a genealogist.

By the way, we can confirm that this branch of the Sainsbury family is on our huge Sainsbury tree and now, thanks to our donor, Julie, we can correct an error on that tree and extend down through to the 39 grandchildren of John and Lucy.