A Market Lavington winner in the Summer of Sport

2012 and 13 both seem to have been regarded as great summers of sport here in the UK. But we are looking back to 1987. It possibly wasn’t a great year for British sport. No UK team won the rugby world cup. None won the cricket world cup although England did win an Ashes series in Australia.

The competition piece was a cube with each of the six  23 centimetre square sides representing sports which might, back, then, have been seen on the Grandstand program. 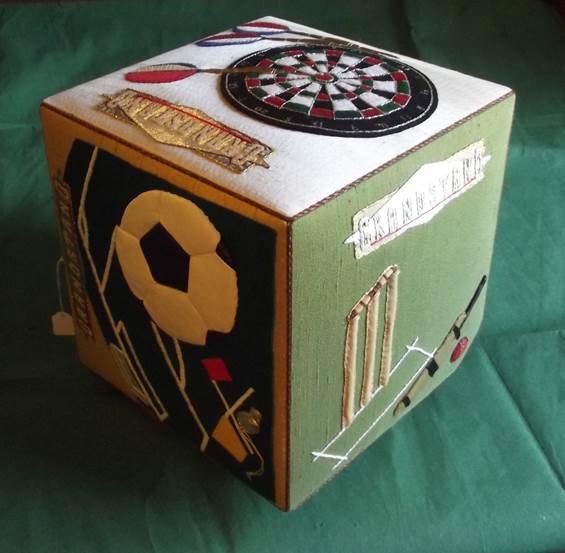 1987 made sports themed cube, produced by members of the Darby and Joan Club in Market Lavington 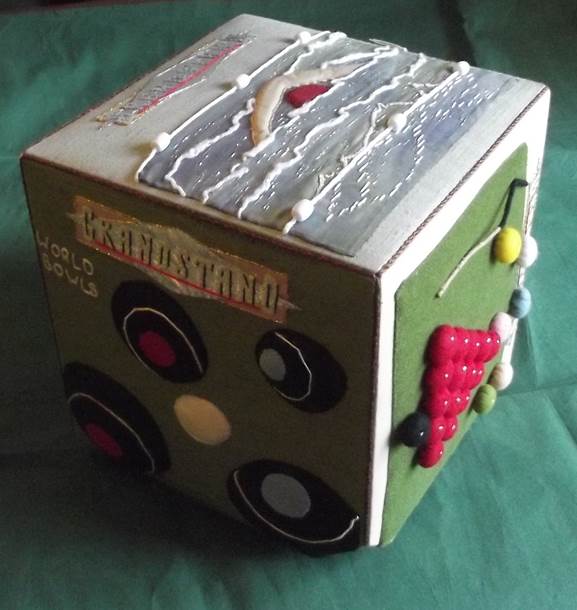 The cube is at Market Lavington Museum

The six sides featured bowls, cricket, darts, football, snooker and swimming and the cube perched on a wooden stand.

The cube on its stand

The makers of this entry were:

Perhaps this item will get a turn on display within the next 12 months. Like most of our 7000 plus items it is in store at the moment, but we do have a policy of different temporary displays each year. Its turn will come.