A Music Box at Market Lavington

These days the world seems to walk about with earphones plugged firmly into ears with, at the other end of the wire, a tiny device which can hold weeks worth of continuously playing music.

In former times, recorded music was much simpler. At Market Lavington museum we are delighted to have a simple music box which dates from sometime around the end of the nineteenth century. It gives an idea of the simplicity of entertainment in those days. Similar music boxes, though, were certainly still being made into the 1960s.

The two tunes the box plays are selected by moving the right hand button on the front. They are ‘Coming through the Rye’ (click here to hear this tune in You Tube) and ‘Your Flower, Waltz’.

The movement had some restoration, by John Martin of Easterton in 1988 but the start switch – it should be a matching left hand button – is missing and so, too, is one tooth in the comb. The winding key, for of course, such a device is totally mechanical, is more modern than the box as well. 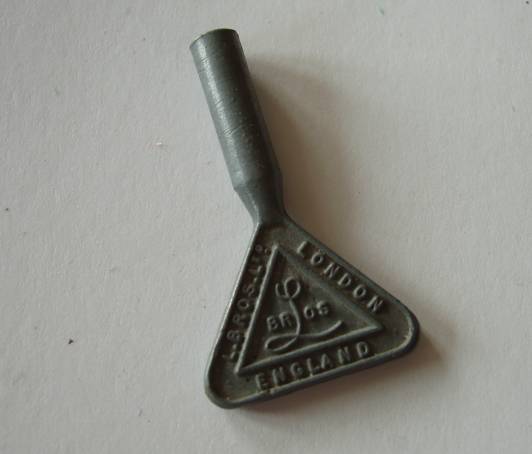 This probably was originally a key for a Triang toy.

As is often the case, we would like help. If you can tell us more about our music box then do get in touch.