This could be a lesson in how not to run a museum – but at least we can show quite a classy hat box which is like a small suitcase and we think it dates from about the 1920s.

It is made of black leather, of a softish kind and is lined with silk. This is it. 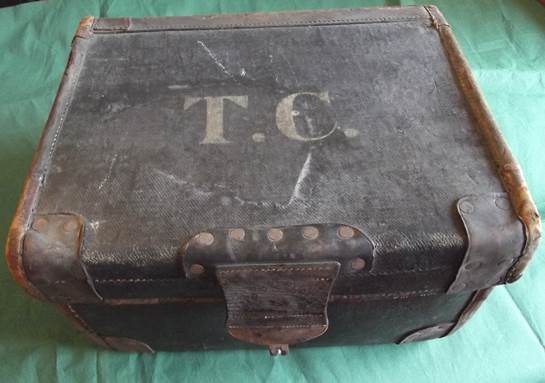 It is clearly designed to protect its contents with those toughened edges and a double lock. 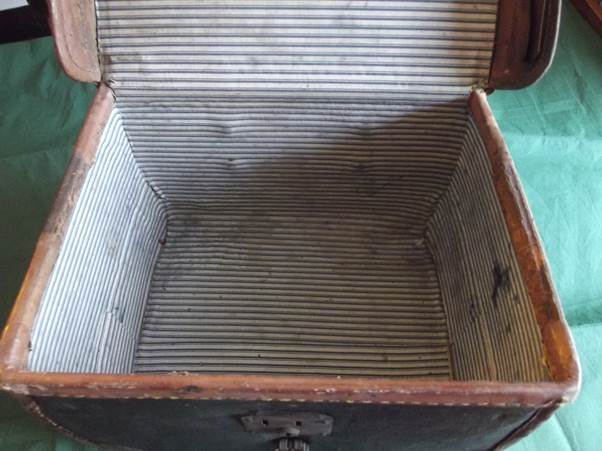 The interior is suitably simple and three sides of the case have T.C. in huge lettering. 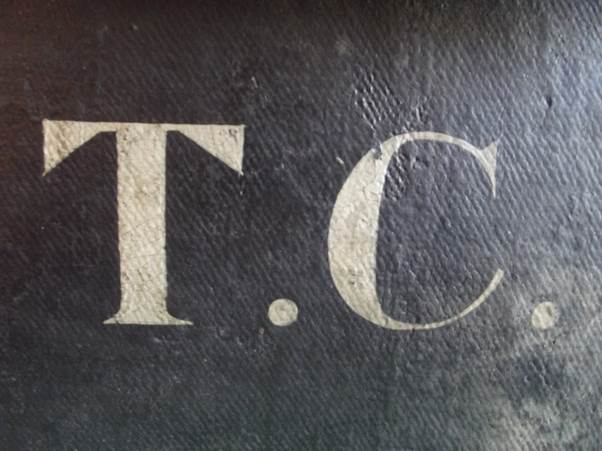 The hat box was clearly owned by T. C. but who was that?

Well so far so good but now comes the problem. We have had it in the museum since 1988 and we don’t know who gave it to the museum. We know nothing, therefore, of the history or provenance of this case. Our records say it was given by an unknown Market Lavington donor.

It is not entirely unusual to find items left at the museum with no name of donor. These days we don’t accession them as museum items unless a donor can be traced who can tell us that the item really does connect with our parish.

So this is a rather late in time appeal for a donor to make themselves known. Maybe they could tell us who T.C. was for we don’t know that.

We already live in a world of jokers who suggest it might have been the cartoon character, ‘Top Cat’.  Well, probably not, but the 1926 electoral roll shows nobody with the initials T.C. in Market Lavington. Neither does the 1936 roll.

The lesson has to be, for us and all museums, get your information correct at the time of donation.