The Neates were brewers as well as wine and spirit merchants. It is no surprise to find wooden casks that bear the Neate name. We have a couple of them at Market Lavington Museum. They can be found in our ‘Trades’ room. Here is one of them. 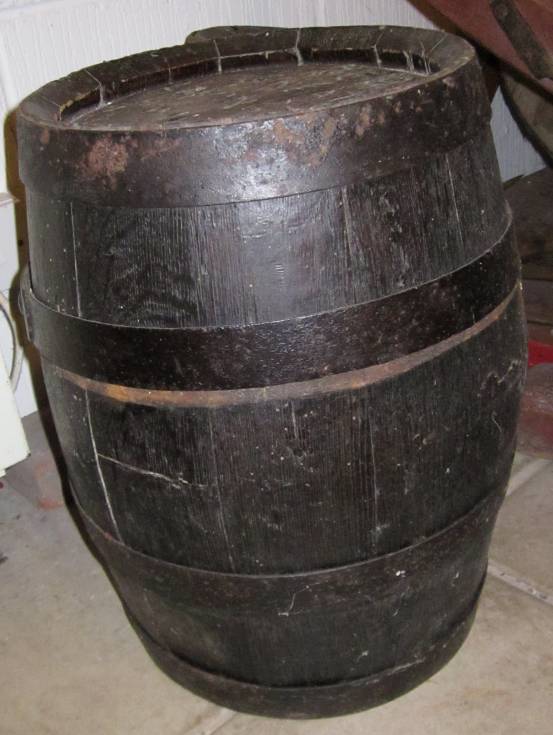 A small cask which can be found at Market Lavington Museum

We can see that this barrel is not in tip-top condition for one of the metal hoops has clearly slipped. As it is probably more than 100 years old this isn’t surprising.

It is a small container. Perhaps it should be called a firkin.

The manufacture of wood casks was and remains a highly skilled task. These simple items had to hold precious liquid securely. No wonder the barrel maker or cooper was a revered worker. Casks are still made in Devizes at the Wadworths Brewery. Those interested can take a tour of the premises and processes involved in making fine ales.

Our cask shows its Market Lavington provenance on its top or head. The number was probably for stock recording, but the name J Neate of Lavington Wilts is clear to see. 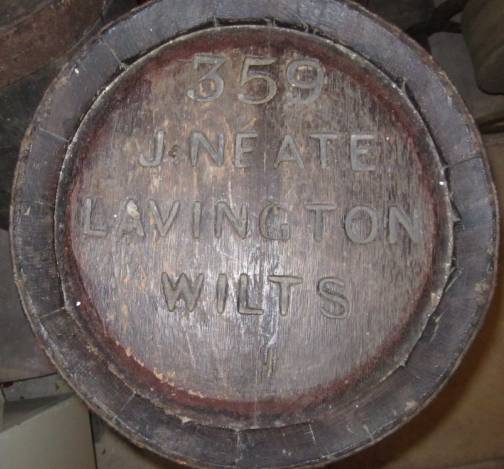 We do not know if the Neates employed a cooper or whether they acquired casks from elsewhere. Certainly the surname, Cooper, was and is common in the Lavington area.