A Political Badge from the Old Rec

We have seen a Primrose League badge on this blog and that, like the badge below, was a symbol for a political group. This one is for the Junior Imperial & Constitutional League. It was found by metal detectorist Norman. 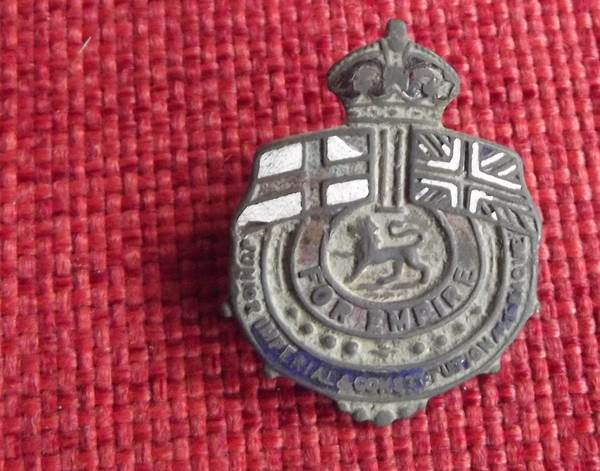 Almost inevitably, wearers of this badge were known as Junior Imps!

Most of the enamel infill has been lost in its passage of time in the ground of the old recreation ground which is behind Shires Close. But we can recognise a cross of St George and a union flag as well as the lion and the words.

The organisation was founded in 1906. In 1945 it became the Young Conservatives. This badge is clearly from the first half of the 20th century.

We do know that political rallies were held on the old rec. Maybe this was lost at one of them.