Back in 1971 the Market Lavington Darby and Joan club won an award for quilt making.

The names ‘Darby and Joan’ were adopted to represent people of the older generation. The names were picked by a poet back in 1735. Henry Sampson referred to ‘Old Darby with Joan by his side’ in his poem, ‘The Joys of Love never forgot. A Song’.

After World War II, the Women’s Voluntary Service was instrumental in organising friendly meetings for older people. It chose the name ‘Darby and Joan Club’ for such gatherings. One such club was set up in Market Lavington.

By 1971, the WVS had become royal and was the WRVS. To help foster community spirit, they organised various competitions, keenly taken up by members of the local ‘Darby and Joan’. The competitions may well have been national in scope but they also had regional or county prizes. And so it was that in 1971, Market Lavington Darby and Joan won the best entry in Wiltshire in a National Handicraft Competition for a quilt. An ornate framed certificate was awarded to the club. 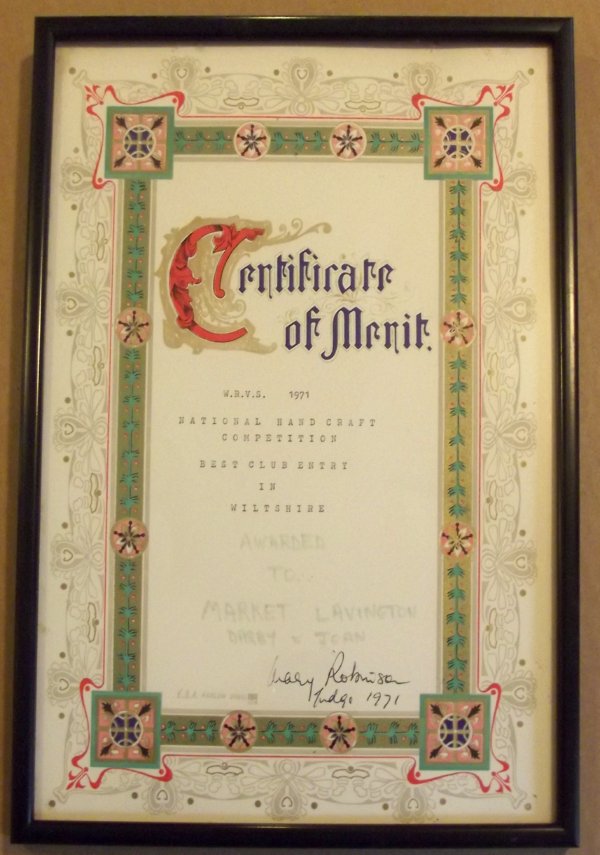 And here’s a close up of the specific wording. 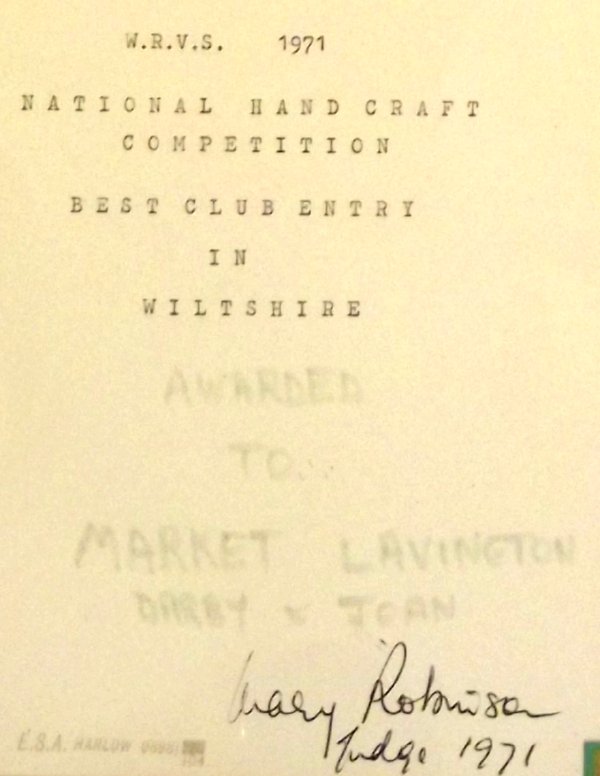 The wording on the award

Unfortunately, our records do not tell us who actually made the quilt. Maybe there is somebody in blogland who can tell us.

Incidentally, the club still exists but is now known as The Monday Club.