A runaway traction engine in Burnley

A couple of visitors to the museum, on Wednesday 4th May, were descendants of William Box. William Box was the owner of the Lavington Brick Company during the latter half of the nineteenth century. He lived at Broadway in Market Lavington, next to his works. His descendants live in Canada

William had a son called Edward, born in Market Lavington. Edward, in the words of the folksong, which is largely about Sam Rumble, ‘went to try our fortunes at the port of Liverpool’.

Words from 'The Ballad of Sam Rumble"

Edward’s chosen method of making a fortune was by setting up a heavy haulage company, for Edward was in love with the traction engine, a machine capable of hauling the huge boilers and equipment being installed in Lancashire factories around the start of the 20th century.

Our visitors at the museum were descendants of Edward so today, for them, we bring some images of a little problem that occurred in Burnley in 1907. 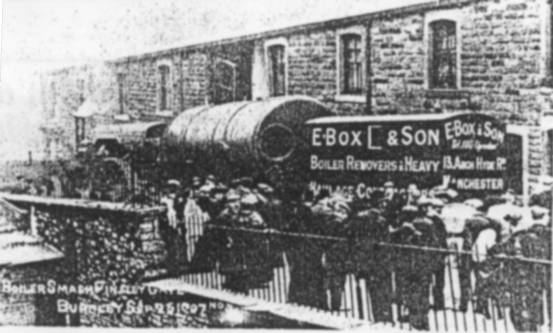 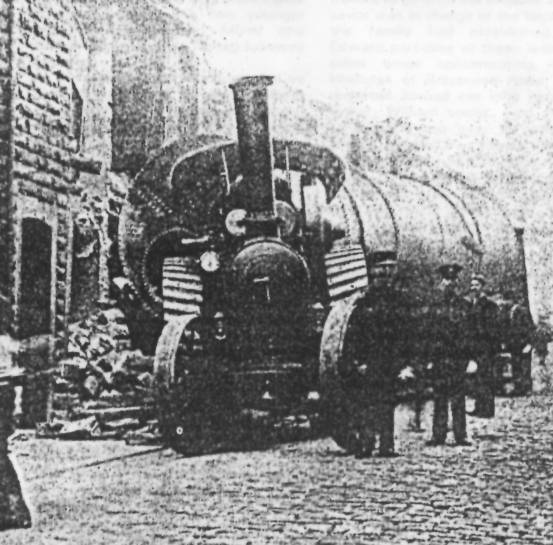 Images given to Market Lavington Museum by descendants of Sam Rumble - with apologies to the original publication. We do not know what it was.

But this was one setback – one of a few in a long and successful career for Edward, his son, Norman and their foreman, driver and distant relative, Sam Rumble.