A. S. Wordley and Co

A recent gift to the museum is of some photographs of our local agricultural engineers and their stand at an agricultural show.

A. S. Wordley had premises in The Market Place at Market Lavington. They were a substantial firm and well known as suppliers of equipment for agriculture.

The pictures have come via a roundabout route, but initially they were held by a person who worked for the Wordley firm in 1951, when the photos were taken.

They are large, high quality photos but have suffered some of the ravages of time. This one, which is framed and behind glass, has survived pretty well. 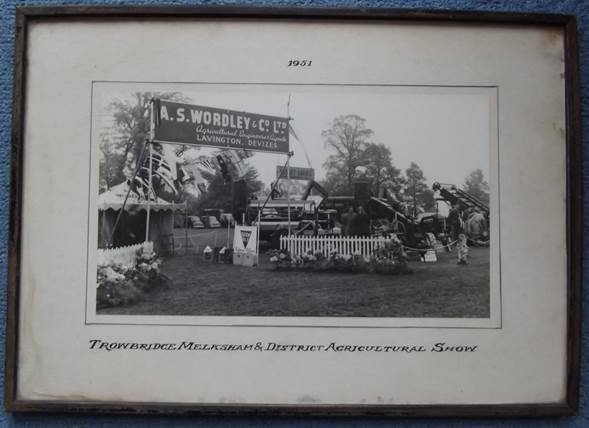 We can see that this photo shows a part of Wordley’s stand at the 1951 Trowbridge, Melksham and District Agricultural Show.

Let’s zoom in on the picture. 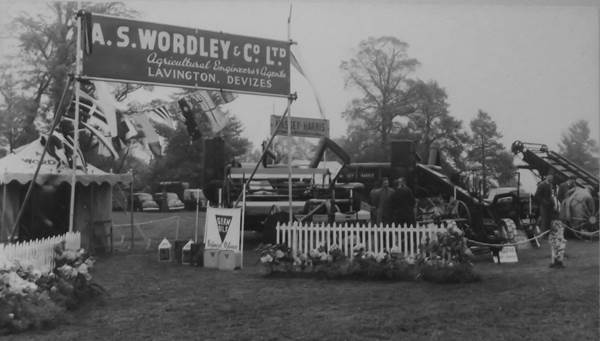 At the left end we can see what looks to be the ‘hospitality’ tent. Under the banner we have ‘Germ Oil’ and behind what one guesses are staff cars and a Landrover with a horsebox. In the pen there are a couple of combine harvesters with a group of men discussing the pros and cons. We see an elevator which seems to be attracting attention. There is at least one tractor in there and this was just a part of their display which includes the beautifying picket fencing and plants.

It’s very unlikely that people will be recognised – but hope, as ever, springs eternal.