Our tremendous place is Market Lavington Manor House. It was described as such in a postcard sent in 1917. This is another item given to the museum in the run up to Christmas and here is the picture.

Market Lavington Manor on a card posted in 1917

The photo probably predates 1917 and may well be Edwardian in origin. The style of caption certainly makes it look like an E Burgess card. 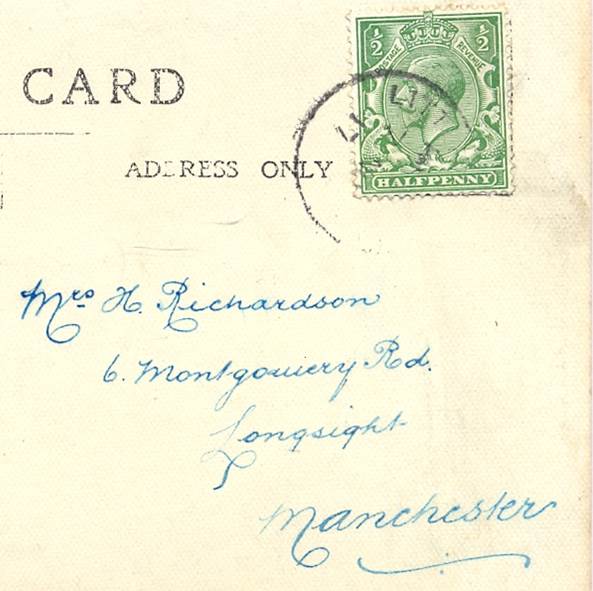 Postmark – enough to guess at and addressee

Of course, we have no idea who Mrs H Richardson was.

The simple message to her says: 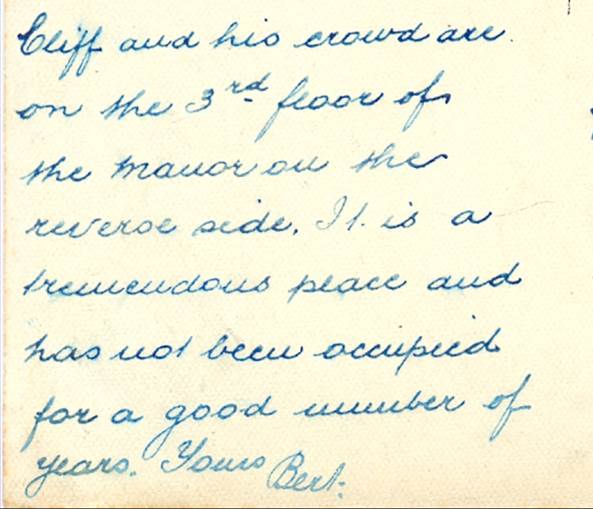 The message sent to Mrs H Richardson of Longsight in Manchester

Cliff and his crowd are on the 3rd floor of the Manor on the reverse side. It is a tremendous place and has not been occupied for a good number of years. Yours Bert.

Of course, we do not know who Cliff and his crowd were, but probably they were soldiers in training for World War One duties.

Bert was right about the building not having been occupied in any permanent way. Charles Awdry, the owner, died in 1912 and the building was largely unoccupied from then on. We have seen evidence of the building in use in 1914 as a hospital for Canadian soldiers and it seems likely that ‘a tremendous place’ would have found other military uses.

But possibly the grounds would not have looked as well tended as they do in the postcard picture.