Eyes are obviously important to those of us who are lucky and not blind. It is no surprise that cures and devices for keeping eyes healthy have been around for centuries. This one, which we have in market Lavington Museum, is 19th century, but looks little different to eye baths of today. It is like a small oval shaped egg cup. Water can be put in the cup which is pressed around the eye and then when the head is tipped back the water irrigates the eye and, we hope, washes out any source of irritation. 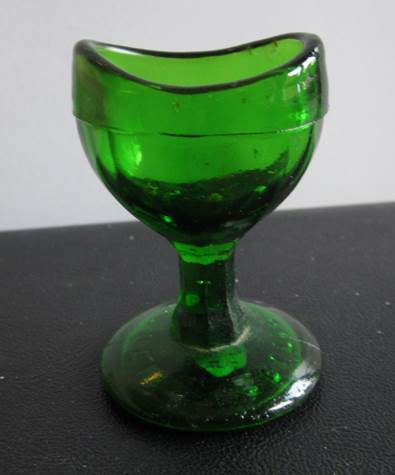 As we can see, it is made of green glass and it was given to the museum by a White Street lady. But curing eyes also moves into the realms of ‘magic’. A Market Lavington spring was once known as ‘The Eye Well’ because it was believed that the water cured eye diseases.

Katy Jordan took an interest in holy and other wells and talked to Peggy Gye about this one. She recorded that ‘This tiny drinking-fountain is badly encroached upon by the road, but can still be seen at the foot of Clyffe Hall hill between Market Lavington and West Lavington. Peggy Gye’s aunt, as a child, often fetched water for an old woman suffering from cataract. The water was used in West Lavington for treating eyes as recently as the 1940s.’

This was the well as photographed by Katy in 1995 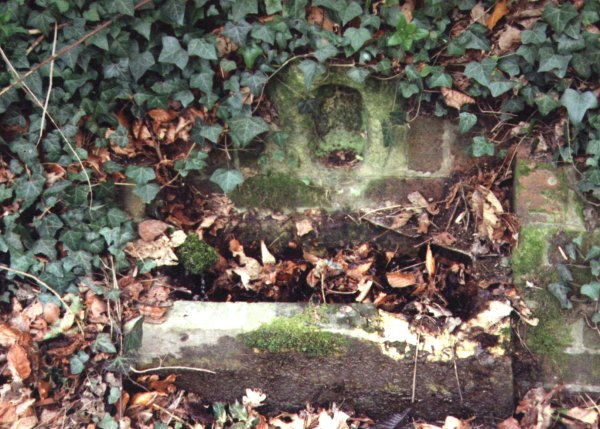 It is just outside Clyffe Hall and has a long history of useful service. By 2008 it had all but vanished. 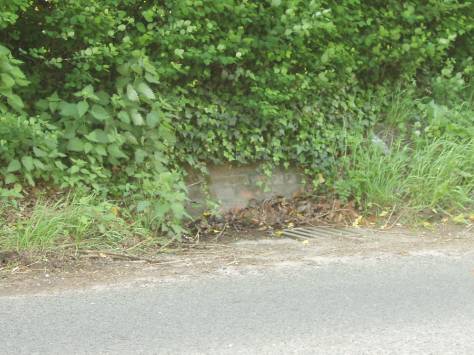 The eye well had all but vanished in 2008

It has now been renovated, but of course, people no longer stop for a drink and nobody would dream of using it for eye healing.