By 1980 we were into the world of colour print photography. It was, of course, still film based and exposed film would have been given in at the chemist or photographers for processing, or sent away to a central processor who may have given you your next film as part of the deal.

An unknown photographer climbed the church tower and took a series of colour photos. We show one of them here. This is looking in a generally northerly direction.

It seems to be a common feature of photos of this era that they are not as sharp as you might like. This was probably due to cheaply made plastic cameras and machine processing to what might be called an average standard. Professional photographers seemed to get good quality pictures.

However we can zoom in and see a little more detail. Let’s start with the Bouverie Drive area. 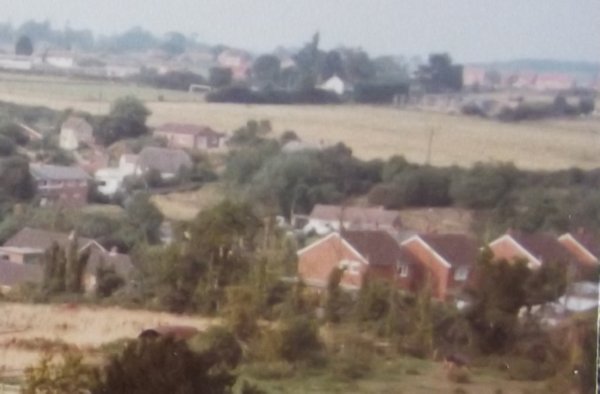 Bouverie Drive from the church tower

We can see houses and a bungalow on Bouverie Drive here but behind (left side) we are looking at houses on Northbrook, including The Rest which is thatched. In the background we see Drove Lane. 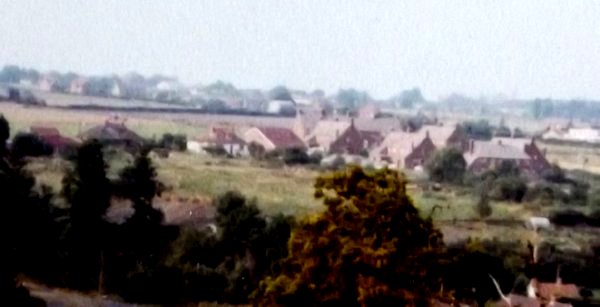 Northbrook and Northbrook Close from the church tower

Here we see Northbrook Close and other houses at the top of Northbrook. Once again, we look to Drove Lane in the background. The barn at Homestead Farm stands out.

But the big changes have taken place nearer the church.

The fields of Grove Farm are now under houses.

Immediately outside the graveyard now you’d see the houses of Roman Way and beyond that, those of Beechwood. This area was once part of Grove Farm so now it all tends to get called the Grove Farm Estate.

Local photographers have used the church tower as a good vantage point over many years. It certainly enables the changes in the village to be seen.