Another item of commemorative ware

Our President was delighted when he saw this in a flea market in Devizes. He couldn’t resist the temptation to buy it for the museum.

It is a piece of Arcadian Ware in the shape of a cannon.

It carries a crest and the name Market Lavington on the front of it. 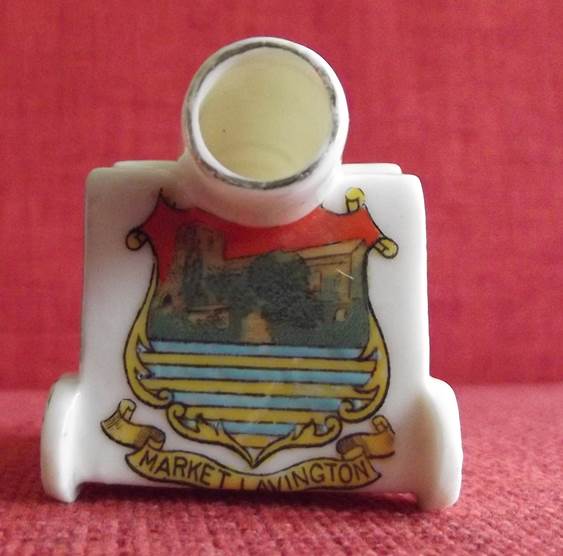 ‘Don’t point that at me!’. OK only to show the Market Lavington crest and name.

The image in the crest is based on a photo of Market Lavington Church.

This item was made for sale in the shop of A Burgess and Son, Photographer etc. of Market Lavington. 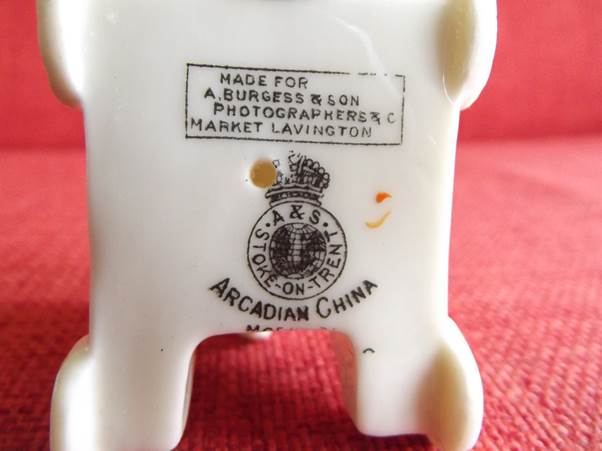 Now A Burgess was Alf and he died in 1918 which gives a good clue to the age of the cannon. But another clue is written on top. 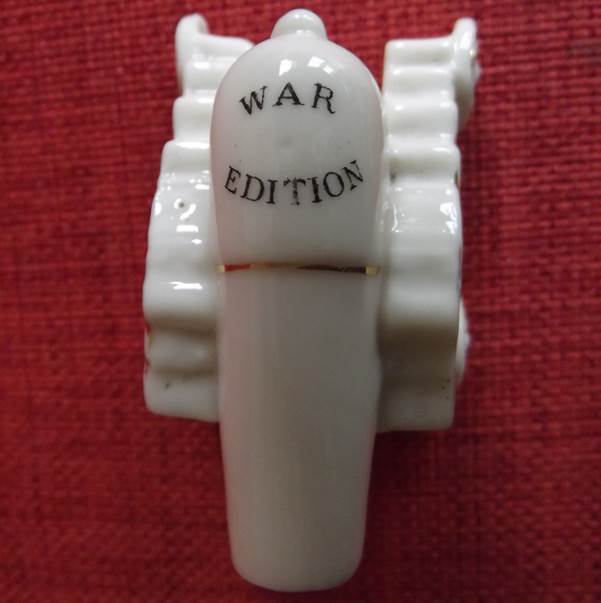 This is ‘war edition’ and that refers to World War One. The item was made, no doubt amid patriotic fervour between 1914 and 18. It is part of a large range of war appropriate crested ware that was produced.

For the moment, this item can be seen in our ‘New Acquisitions’ display. Later we’ll have to decide whether it goes with commemorative china or First World War.

Many thanks Peter, for finding and acquiring this lovely item.