We have met Archibald before – and in this rather strange Michelin Man costume. 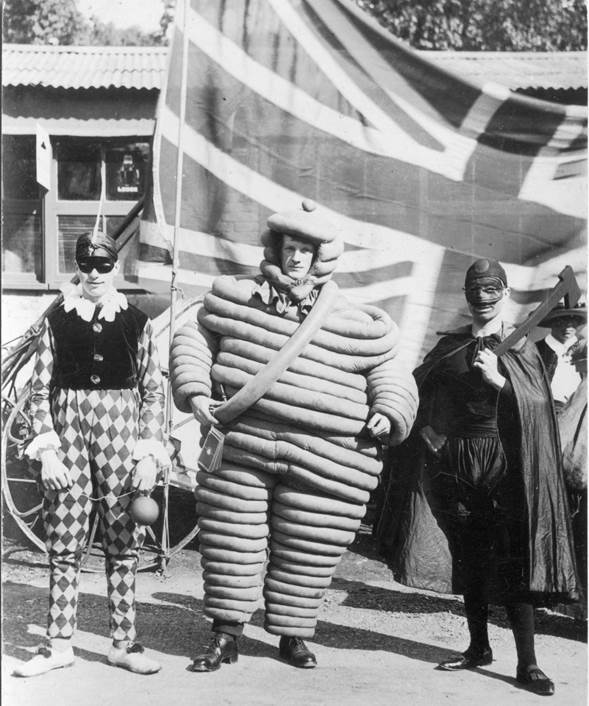 This was worn for a Hospital Week carnival in the 1920s.

Archibald is clearly the man in the middle and sad to say we do not know who the other two chaps are but this photo was recently given by a person with strong links to the Cooper family. I’m afraid we can’t positively identify the location either but perhaps a reader can help us with this lack of knowledge.

Archibald was a son of John and Louisa Baker. John was a whitesmith or tinsmith and had the premises many folks will remember as a hardware shop opposite the Coop.

Quite what all Archibald’s pipe work was originally is beyond our guess work. We just can’t help feeling he may have needed a hospital after trailing around in that lot. And of course, in those pre National Health Service days he was helping to raise funds so that people with limited means (most people) could be given some form of health care.

This is a high quality original photo so we can zoom in and really get an idea of what Archibald looked like. 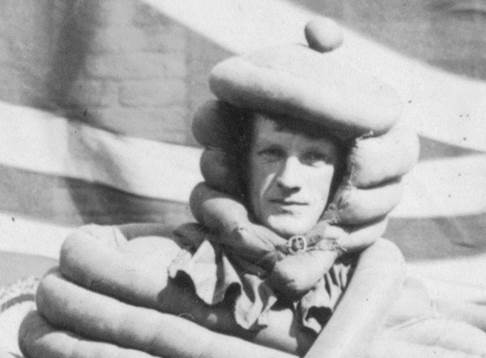 And we can also see his friends clearly as well, but they are a tad hidden by their costumes. 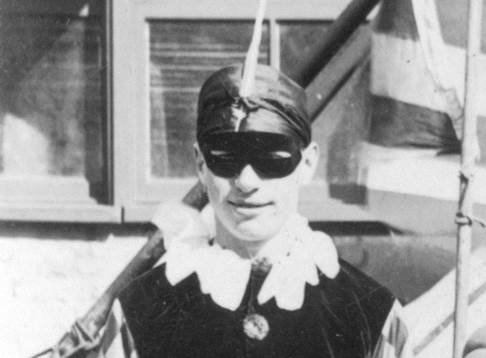 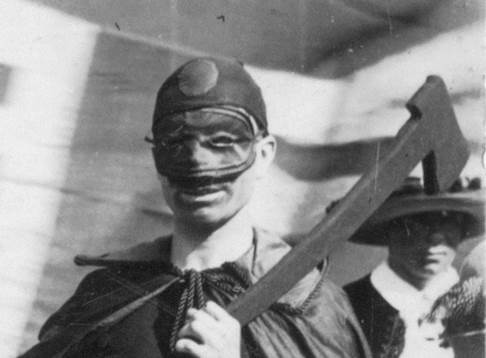 What a wonderful photo that is.