In some ways the local lunatic asylum seems an odd choice for a postcard, but no doubt the Burgess family knew if they were on to a reasonably good thing. Certainly they produced quite a few images of Fiddington House. As far as we of the present day are concerned this is all to the good for it gives us a chance to gauge something of the extent of the business. This shot shows house, extensions and rolling acres, together with the small lake that was a part of the scene. 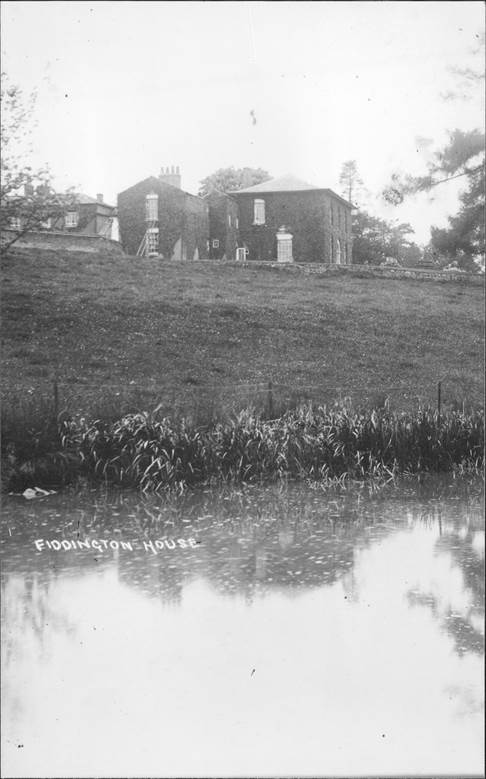 It’s good to see the lake was fenced off. With people with a variety of mental health issues, it might have constituted a considerable risk to life otherwise.

The lake was fenced to prevent any accidental drownings

We rather hope the ladder left leaning on the building was adequately supervised as well.

The House. Was a window cleaner in the area?

At times, not all of the residents at Fiddington House were closely confined. Jonny Maddox has been mentioned before as a resident who was often seen out and about in the community where, by and large he was liked. This image will predate him, though for he is remembered by older village residents now. This picture is more like 100 years old.

We can gauge, from the range of the building, that there was plenty of space for residents. Fiddington House certainly wasn’t on the scale of county asylums, like the one at Roundway, but it cared for quite a number of people who may have been finding life hard, or, often, for people who were proving hard for relatives to cope with.