This time we are not showing a class photo, all neatly posed and looking glum although we have many such images at Market Lavington Museum and some will be on show  as part of  a ‘School Days’ display that we plan for the 2013 season. But this time we have a village street scene which includes the school building. 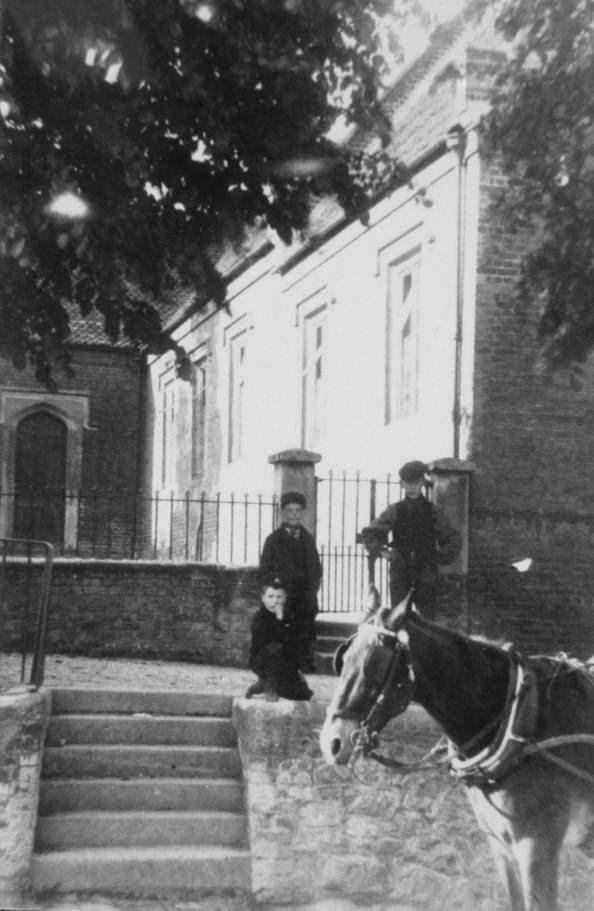 Outside Market Lavington School in the 1900s

People in the village will know we are talking about what we now call The Old School which is a community building in Market Lavington.  It is now more than 100 years since this photo was taken, but essentially, this man made scene is unchanged. There is still the flight of stone steps leading up to the lovely stone pavement. The entrance to the school looks the same with the same railings and the same little playground leading up to the same entrance.

Sad to say we do not know who the people are in the photo.

There’s a chance that the pony has hauled a cart of some kind, bringing children to school. For even in Edwardian times, and earlier, there was a school run. The parish of Market Lavington is long and thin and the southern outpost included Candown Farm, some three miles from the school. Sometimes children arrived behind the pony. We suspect that mostly they’d have walked, setting off early from home to meet the 9 o’clock bell.

Many of the older photos in the museum were taken by members of the Burgess family. This one, however, was taken by a travelling photographer from Trowbridge and given to the museum back in 1995 by a Salisbury man.

If you have items you would like to donate to the museum – and, with two exceptions, all 7000 plus items we have are donation – then do get in touch. We can copy photos and slides easily and quickly. All items MUST relate to Market Lavington and Easterton.