We have most memorabilia about The Kings Arms. When that closed in about 2008, Wadworth, the owners, allowed us to gather up some items for the museum.

And more memorabilia arrived the other day – photos which we guess were taken in connection with a barrel rolling event. 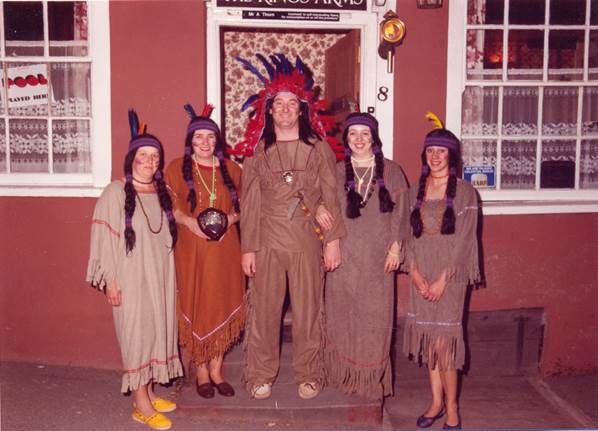 Red Indians at the Kings Arms in 1985

Here we see a Red Indian chief with four squaws.

One squaw is holding a shield so clearly they have won something for the year 1985.

The picture is taken just outside the front door of the pub and gives us a bonus extra. Above the door is the name of the licence holder.

Mr A Thorn held the licence

Aha! Mr A Thorn held the licence to sell intoxicating liquors for consumption on or off the premises.

Almost inevitably, we don’t know the names of our redskin chums. We guess somebody will let us know.