Betty, or Elizabeth, was the wife of a Market Lavington baker, Walter James.

This is a good point to remind readers of our Museum Miscellany on 4th October in Market Lavington Community Hall. We always have interval food made from our museum recipes and this might include some Walter James recipes.

But back to Betty who was a James by marriage but who was born a Gye in 1869 in Market Lavington. She was the daughter of James and Mary Ann. James was a carpenter and wheelwright and his descendants followed him into that line of work, setting up the yard on White Street.

In 1904 Elizabeth married Walter James who was establishing himself as a baker in the village. He had taken over the bakery at number one High Street which is now the Post Office.

This picture of Elizabeth is in an album that belonged to a member of the Gye family which we have in Market Lavington Museum. 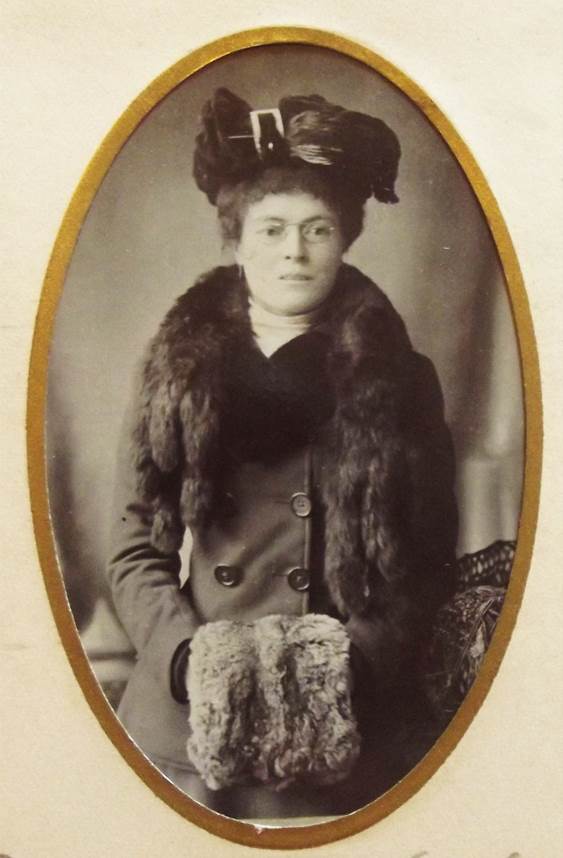 Betty James – a photo in an album at Market Lavington Museum

The photo has a caption which would have been added later.

In 1901 Elizabeth was at home and had work as a dressmaker.

By 1911 the James family – young Walter had been born, were in their High Street premises which stayed in the family until well after World War II.