We were very recently given this postcard.

We already had a copy of the image, but this had been trimmed and some of the more interesting information is on the edge which had been lost in the copy.

The picture was taken, we believe, prior to 1904 and shows a society walk through Market Lavington. We believe the society was connected with the Oddfellows.

We are looking up High Street from outside the Market Place. The building on the left – which is where the chemist’s shop now stands, has two visible letters – CE. That’s enough for us to know that it was then the village Post Office.

The Green Dragon is clear with its porch right across the pavement. 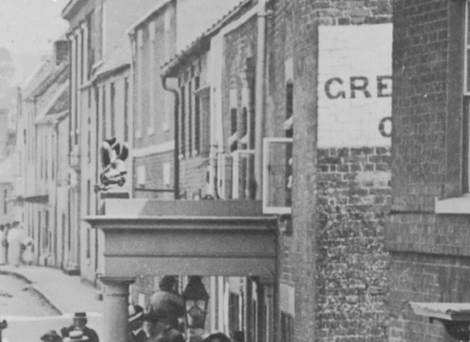 In the middle is a large banner. 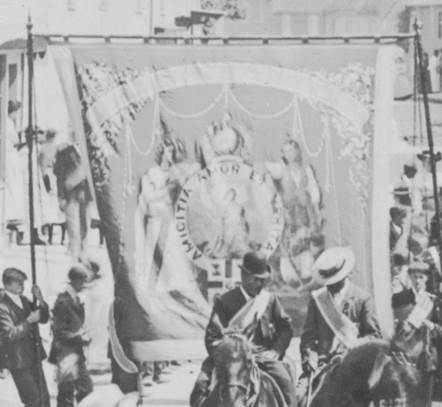 The banner appears to carry an Oddfellows motto

This carries the Latin motto Amicitia, Amor et Veritas – friendship, love and truth. This does appear to be connected with Oddfellows.

But it is the extreme right which really interests us. This shows the butcher’s shop, not so different now from how it was more than 100 years ago. 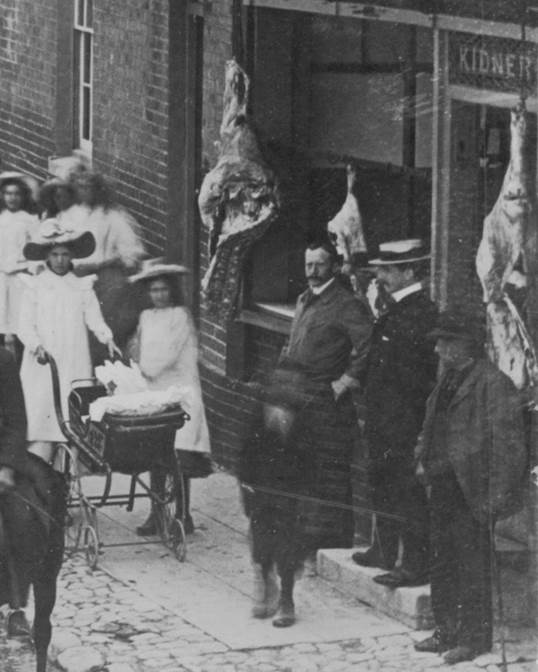 We can see that the pavement is cobbled which must have given a bumpy ride for the baby in the pram. The longish exposure time for the photo is revealed by the totally blurred child. We can see carcasses hanging outside the shop which would be deemed very unhygienic these days. And we can see that the butcher’s name was Kidner for it is written above the door.

George Kidner came from south London to Market Lavington in the 1870s. He had been a butcher all his working life and would have been approaching 60 when he moved to Market Lavington. His wife, Harriet (perhaps Hariot) died in 1894 but George, over 80, was described as a butcher working at home on the 1901 census. His daughter Alethea was with him.

We wonder whether it might be George on the extreme right, the elderly looking man with a stick.

Does anybody know any more about him?