It was a grand church fete on Saturday. Although run by St Mary’s Church and that means profits go to support it, this is very much a community event. We, at Market Lavington Museum, are pleased to provide what might be called entertainment. We collect no money and only offer people a chance to see some of our items, particularly photographs. We reckon that laminated photos can cope with whatever weather is thrown at us and this year, that was good weather. It was a bit breezy and for a short while we all thought it would rain. But it didn’t.

In exchange for people being able to see our photos, we get information back. In fact we were so busy this year that we were unable to record this fete for posterity except for a couple of shots whilst setting up was in progress. 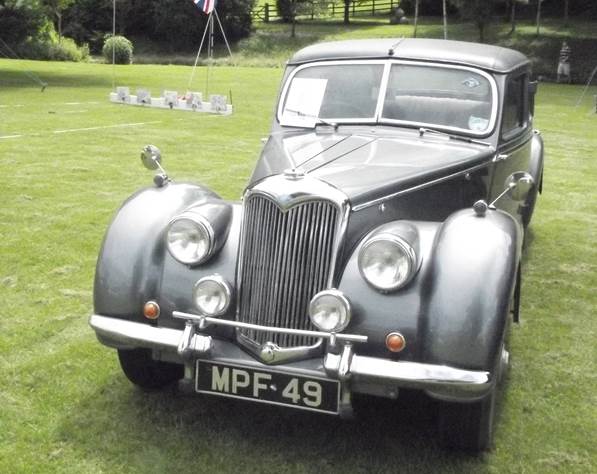 This was one of Bill’s Rileys. Bill kindly allows the fete to use his lawn and garden. He also provided rides in this Riley or his open tourer. Other local car enthusiasts displayed their own classic cars as well. 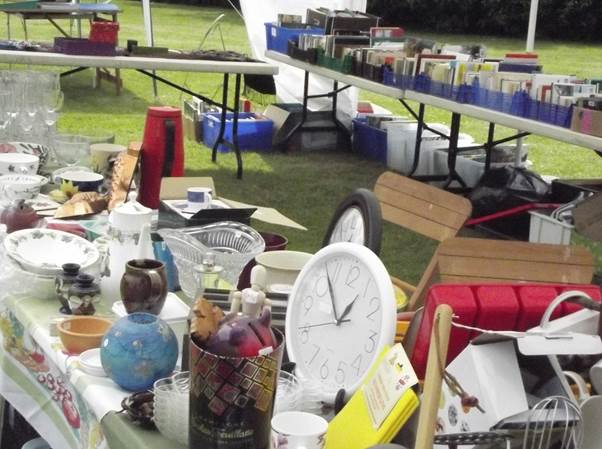 Bric-a-brac and books were next to our museum stand and we got no further in recording the scene.

And now to the highest of the high spots for us. Regular readers may recall we featured a photo of Arthur Sainsbury. Arthur, in our photo, was a World War II soldier at Ghent in Belgium. And his daughter visited us at the show and was full of information.

Being Arthur’s daughter meant our visitor was also Vic Osmond’s niece. She recognised Vic’s bungalow in a photo recently acquired in a small photo album. She can also confirm that the Emmie in the photo was Vic’s first wife.

Magic moments for us! And there were many others too on a very enjoyable afternoon.

We were pleased, too, to be able to give our Harry Hobbs shop adverts a first public outing. Not surprisingly, they were much admired.