At one time, Clyffe Hall was the home of The Honourable Louisa Hay who lived there in the second half of the nineteenth century. She employed, as her gardener, James Lye the renowned fuchsia grower.

Then in the early part of the twentieth century the hall became home to Lord and Lady Warrington.

And then, for many years it was a country hotel. Hotels everywhere have courtesy items specially produced and Clyffe Hall Hotel was no exception.

At Market Lavington Museum we have one of their tablets of soap, dating from the early 1950s, as a part of our collection. 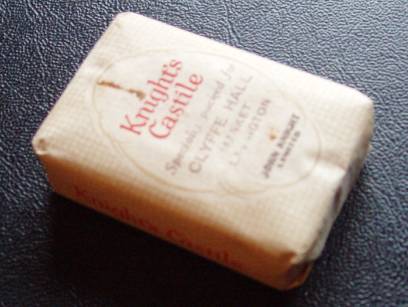 This is one of those small, individual sized tablets. It is clearly marked. 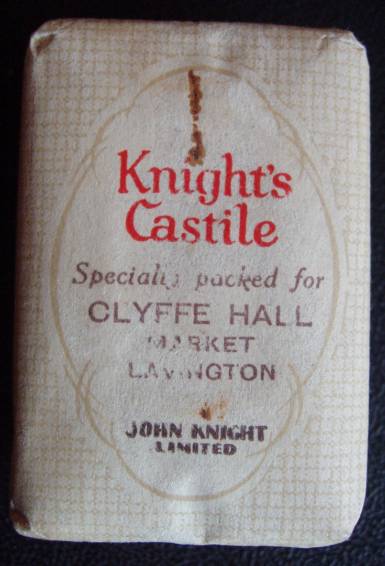 This soap was introduced by John Knight Limited in 1919. The original Castile soap, made from olive oil and soda originated at Castile in Spain. The John Knight company became a part of Unilever.

Soap with the same brand name can still be purchased today.