Another of our ‘run up to Christmas’ gifts was a rather careworn copy of the order of service for the dedication of the hall at the Congregational Church – afterwards known as the Powner Hall.

The hall was a bespoke hut made by Prattens of Midsomer Norton and adjoined the old chapel alongside Stobbarts Road. From its style of construction it was never going to last for ever, but in times past it was an extremely useful meeting space in the village. Apart from church events, toddler groups met there and there often seemed to be jumble sales. The life expired hall was swept away when the old church was converted into a spacious house.

But we go back to 1968 for the official opening and dedication. 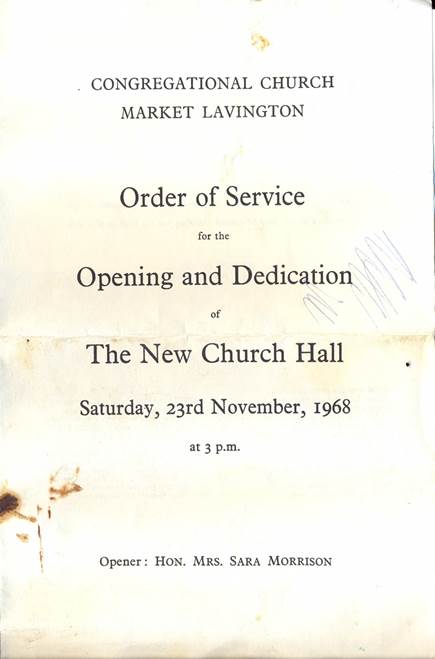 So we see that on Saturday 23rd November 1968 the hall was opened by Mrs Sarah Morrison who was the wife of the then local MP.

Before the official opening there was a service of dedication. 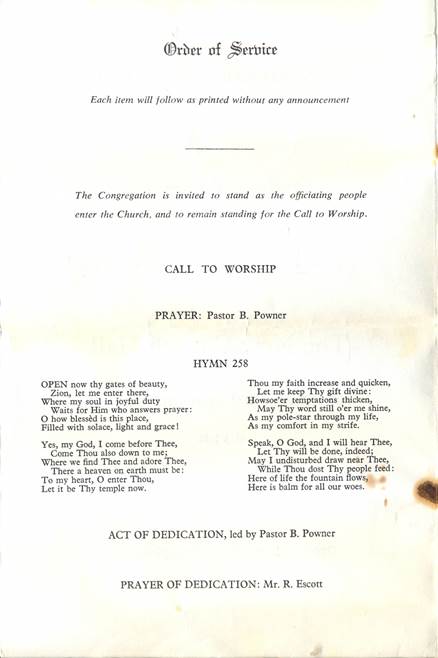 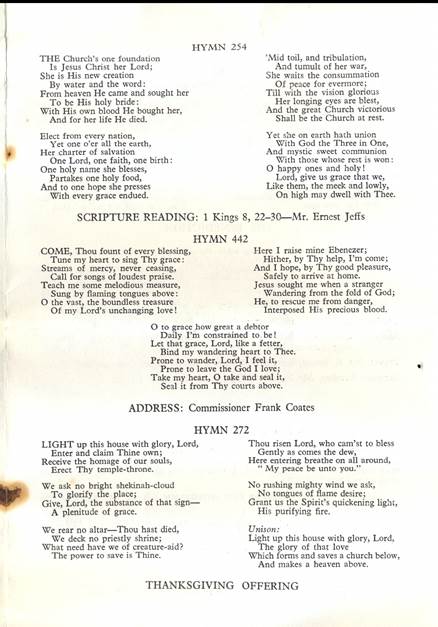 At the conclusion of the service, the official opening took place. 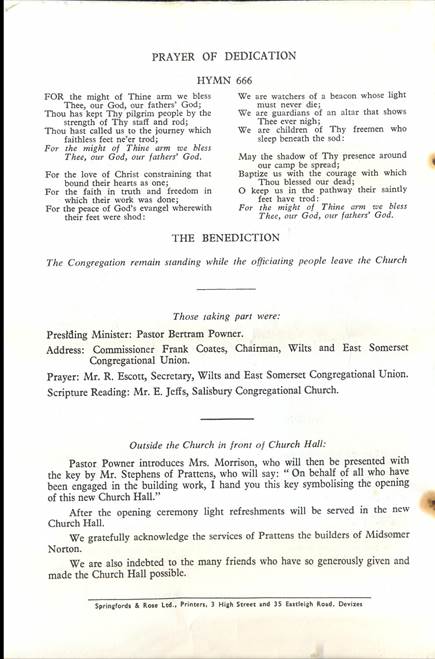 We’ll note that the local church pastor was Bertram Powner and the hall was always known by his name.

The Congregational Church merged with two other local church communities to form the Trinity Church who continued to meet in the church and use the Powner Hall. Trinity Church now uses the Community Hall in Market Lavington which offers so many advantages – not least a car park.

We wonder if anybody has any photos of events in the Powner Hall which could be added to our museum collection. If so, do get in touch.