Diana Whishaw Benson was born in 1913. The birth was registered in the Bath district to parents John Benson and Enid (née) Whishaw. Both had connections with Tsarist Russia. Enid was born there in 1891 and John had worked in Russia. He was considerably older than Enid having been born in 1869.

The couple married in Bath in 1912 but soon after John, who was a doctor, took Fiddington Asylum in Market Lavington. The asylum was the backdrop to Diana’s childhood. Her sister, Barbara was born in 1915 and a brother, Ian in 1920. Their births were registered in the Devizes area – quite correctly for a family living in Market Lavington.

People who knew Diana all comment on her beauty. This photograph of her as a young adult certainly gives that impression. 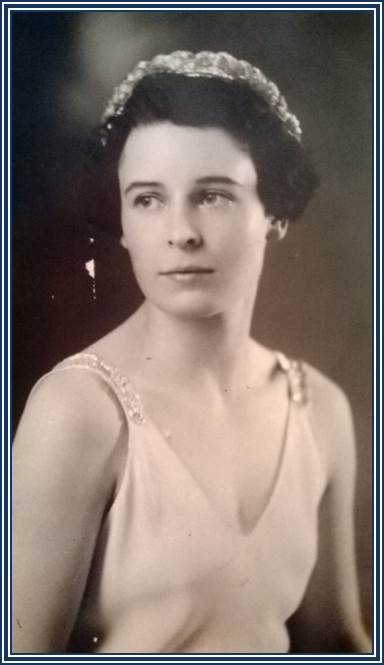 Diana grew up to be a talented musician. She obtained her licentiate of the Royal College of Music in 1933 when she was just 19 and made her debut as a professional pianist at Bournemouth in June of that year.

Diana was renowned for having a fiery temperament. Apparently on one occasion she was playing the piano for her aunts during which one of her aunts turned to another and said “Evelyn dear, do give me a recipe for your scones“. Diana slammed down the piano and left the room.

Diana Benson married Gerald (known as John) Atkinson on 19th September 1936 at Alderholt near Fordingbridge. The bridesmaid on the right is Diana’s sister, Barbara Benson. Alderholt had become the home of Diana’s parents.

John was a naval officer and during World War II he was based in Malta. He was able to take his wife. However, a problem arose over her grand piano which could not be taken. Diana decided her piano was more important to her than her husband. They divorced in 1940.

Meanwhile Diana was building a reputation as a pianist. A search through the Radio Times archive reveals five occasions when she is named as the pianist for a radio broadcast.

by Diana Benson  (West of England)

two of his piano pieces played by Diana Benson

Diana was well enough thought of for a composer/pianist, Herbert Fryer to dedicate a piece called ‘My Love’s an Arbutus’ to Diana. You can hear this piano piece, played by Philip Sear here. https://www.youtube.com/watch?v=N1c-WWm8M1I .

After her divorce Diana became a Roman Catholic (we believed she toyed with becoming a nun) and settled down at the Fiddington Lodge which had enough space for her and her beloved piano. 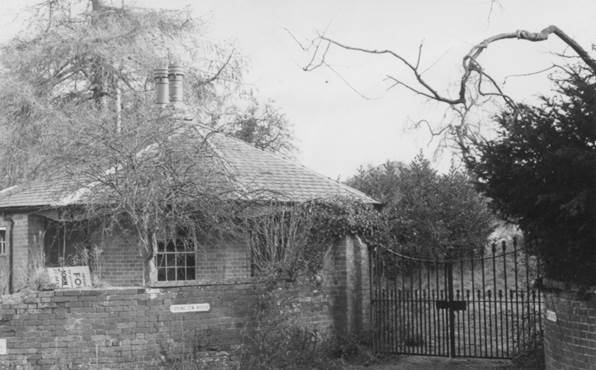 Local children, in those pre-television days, found that standing outside Fiddington Lodge and listening to Diana play her piano provided free entertainment. One of the youngsters, Lily, had been made the Goddaughter of Diana when she was confirmed into the Catholic church. She had the luxury of being able to listen from the inside. Lily has a real fondness for her former Godmother and recalls trips out, probably to Alderholt where Diana’s parents still lived.

Former husband, John Atkinson, had less pleasing memories. Apparently he chanced to meet his ex-spouse one day and he described the experience as “not unlike standing on a rake in such a way that the handle leaps up and belts you in the face”.

Diana died on 20th February 1966. She was aged just 53 and Lily recalls bad health dogged Diana’s later life. She also has a memory that Lily may have gone to Scotland which may explain her absence from the England and Wales death register. 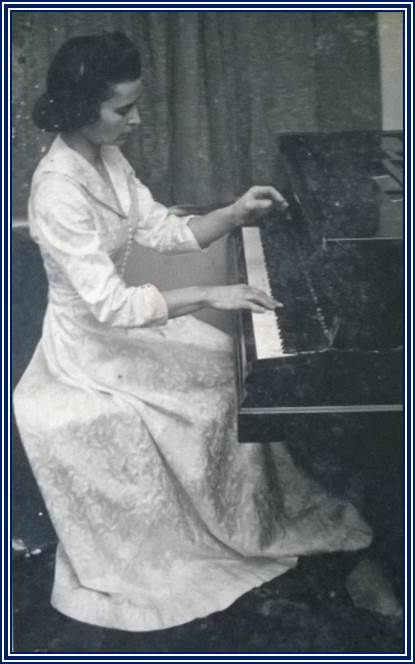 With thanks to Lily Rose of Market Lavington, Goddaughter, Vivienne Kevan (niece) and also to the website of Turtle Banbury at http://www.turtlebunbury.com/history/history_family/hist_family_whishaw.html