Today we are looking at some unfinished detective work concerning an album containing hand written poems and a few pictures. The album was found in the stables of what was then called The Fives Court on Parsonage Lane in Market Lavington. This is now called The Racquets Court.

The album looks very dull and ordinary with plain green covers. Inside, the pages are like those of a scrapbook – somewhat sugar papery in style and mixed in colour. Some of the pages have embossed borders – ideal for framing a picture or a short verse. The album measures some 29 by 24 centimetres and has 66 sides for entries.

Most of the entries in the album are dated 1837 or 1838. Several of them are addressed to Emma, which is why we think it was Emma’s album.

The large width of the pages in the album don’t lend themselves to blog format, so we are going to look at the smaller, framed entries.

Let’s start with one that is headed, ‘For Emma’s Album’. Who wrote this? We can’t make out the signature attached to this rather poignant verse. 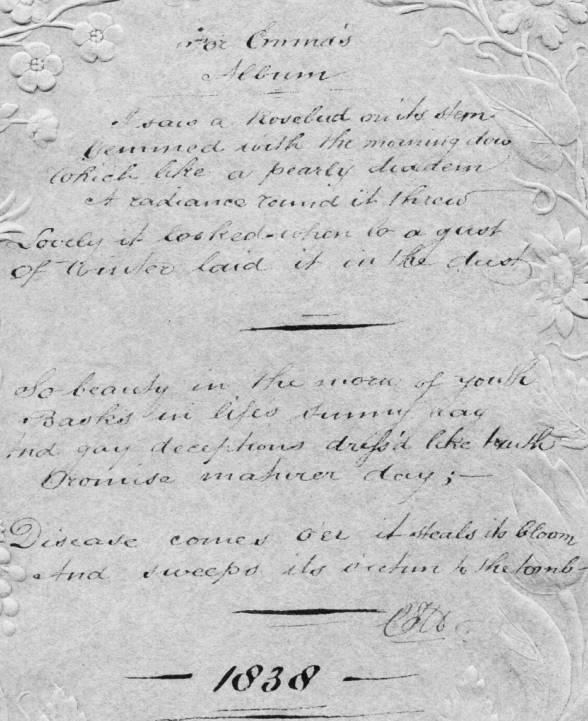 Another poem was seemingly signed by Mrs A Watts. This turned out to be Mrs Alaric Watts who composed the poem. She probably had no connection with Emma.

CFW wrote several messages. Does he seek Emma’s hand? It might seem so. 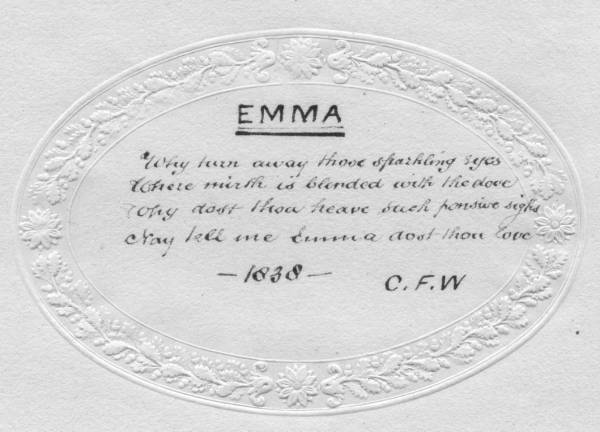 CFW seems to be asking if Emma returns his love.

This pencil sketch is unsigned. Maybe one of Emma’s suitors was showing the idyllic country cottage he thought they might live in. 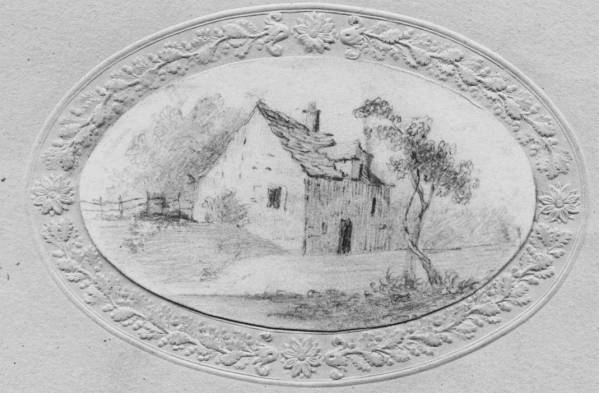 A pencil sketch of a small country cottage. Emma surely expected more than this.

We can find no suitable Emma in Market Lavington in the 1830s (If only the 1841 census had survived, it might have helped). Sadly, no surname for Emma is ever given.

But there is a full name, which we believe would have been the owner of the album at some time. The very front page has a picture of the Royal Exchange stuck in. In an album where everything else has been done with care, this image, stuck in at an angle, looks odd. Holding it up to the light showed a name underneath. 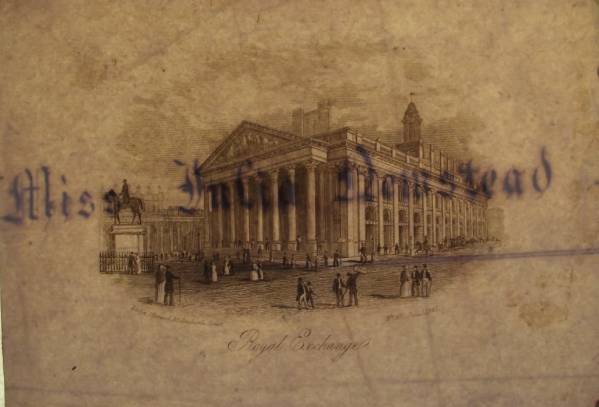 A hidden name revealed by light

There are all sorts we don’t know. Did Julia have the book before or after Emma? If it was after Emma, then why was her name covered after 1846? If Emma came before Julia, then Julia may be the only Julia Newstead on the 1851 census – an assistant teacher in London, aged 19. By 1871 this Julia was in a lunatic asylum – and was still a patient in 1891.

But maybe that name will mean something to somebody in blogland. And if so we may discover who Emma was and how the album came to be in stables at The Fives Court.