There is something almost biblical looking about oxen being used for agricultural work but one photo we have at Market Lavington museum shows such beasts being used little more than 100 years ago. 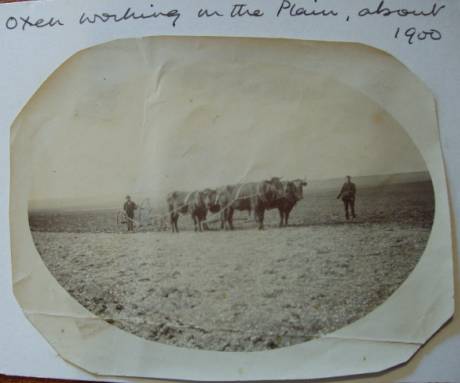 In fact the ox – usually a castrated male cow trained to work – had almost vanished from the farming scene by the time this photo was taken. A hundred years earlier, in 1800, teams of oxen would have been the absolute norm but when land was enclosed, the large teams needed proved unwieldy and the stronger horse became the norm.

The ox was not a special breed. Farmers kept an eye out for a docile bullock and trained it up for work. Of course, at the end of its working life it still made tasty beef so it was more profitable for the farmer than a horse.

Our photo was taken on Salisbury Plain where the ox, much hardier than the horse, remained in use for longer. 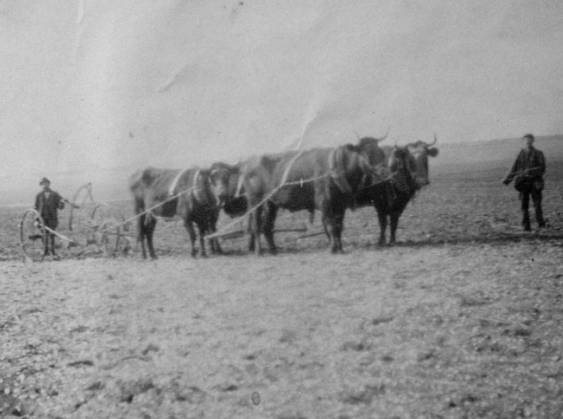 The oxen team at work

Zooming in we can see that this team of animals are pulling some kind of cultivator or harrow.

For more information on the use of oxen, try this web site – http://www.foxearth.org.uk/oxen.html.