Of course, most of us weren’t alive 50 years ago but if you were there’s a fair chance you watched the telly that day for one programme, or event, had the biggest UK TV audience ever. Apparently 32.3 million of us tuned in to watch the football world cup final. Those people saw this man lift the World Cup – the Jules Rimet trophy, for England. 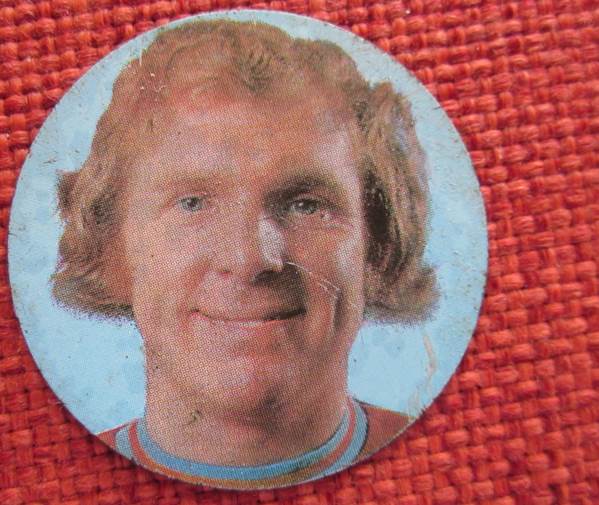 This is Bobby Moore who was captain of England for that world cup. But in 1966 he had the still correct short back and sides haircut. This image is a later one. But it is on one of those Esso football medallions which the football enthusiasts collected – and which made youngsters tell dad to fill up with Esso petrol. The back has a little information. 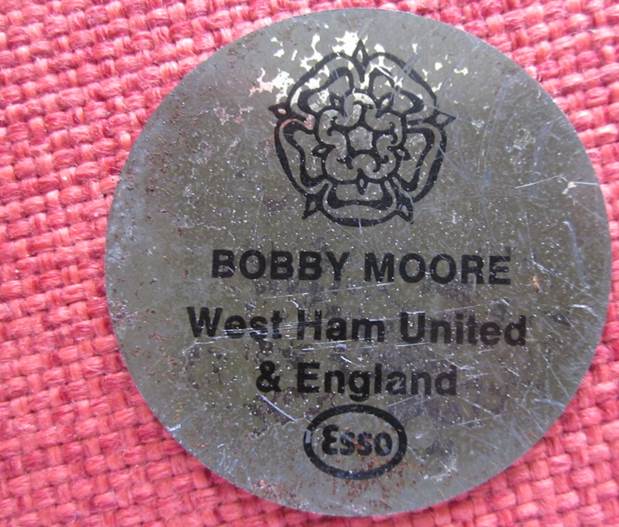 This medallion or ‘coin’ actually dates from 1972.

And why are we showing this on the Market Lavington Museum blog? That’s simple. It is an under the floorboards item found during recent renovations at 21 Church Street in Market Lavington.