We don’t know much about Harold but he must have been a US soldier here during World War Two and he lost his ‘dog tag’ which, being made of metal, has been found by Norman the detectorist. 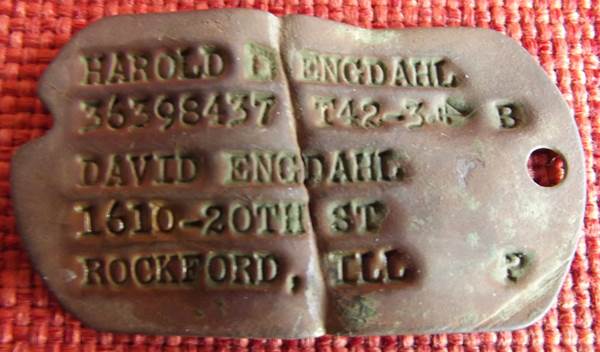 From this we have a name, presumably a military identification and a blood group of B. His next of kin was David Engdahl who lived at 1610-29th Street, Rockford Illinois.

We can add a little more to this. David was Harold’s father and we can see a family group on the 1940 US census. 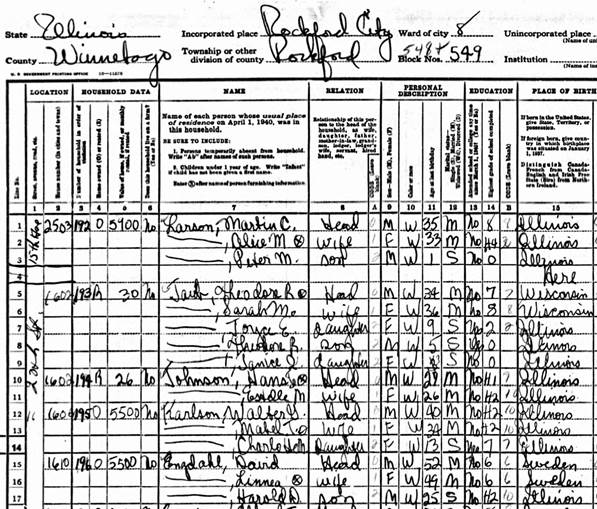 A part of the 1940 census for Rockford Illinois

Our family are the bottom three on this section of the census. We can see that Harold’s mother was called Linnea and both his parents were born in Sweden. Harold, aged 25, was born in Illinois. The census tells us that both father and son were wood workers involved in furniture making at a factory.

Harold attested for the US army in 1942 but we know nothing more about his service. Of course, we assume he must at the least have passed through Market Lavington. He must have survived for the one definite date we have is that he died, still in Illinois, in 1988.