In World War II our local Home Guard were able to make use of the Old House as their HQ, We have a number of photos, all carrying the Burgess Brothers, photographer mark, which show members of the Home Guard outside the Old House. This one we have not shown before on the museum blog. 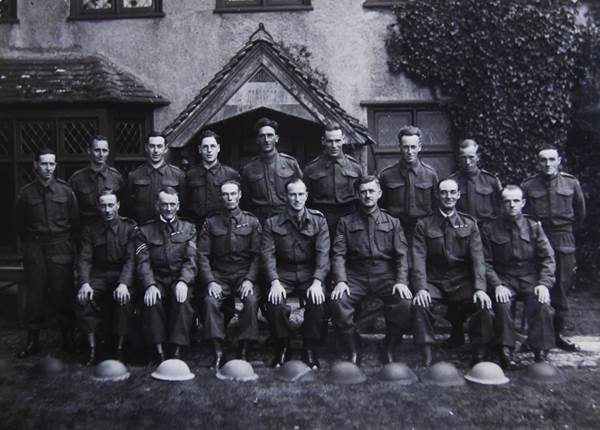 We have sixteen men here and the good news is that we have most of the names. Let’s start with the nine men who are standing (from left to right):

We are sure there are people out there who can tell us more about these men, willing to defend their homeland in what we now affectionately call Dad’s Army.

Do get in touch if you can tell us anything about any of these chaps.