What is phantasmagorial? A new acquisition at Market Lavington Museum is. The museum is now in possession of a magic lantern projector. We didn’t know much about these items so we asked The Magic Lantern Society for help and this is what they said. 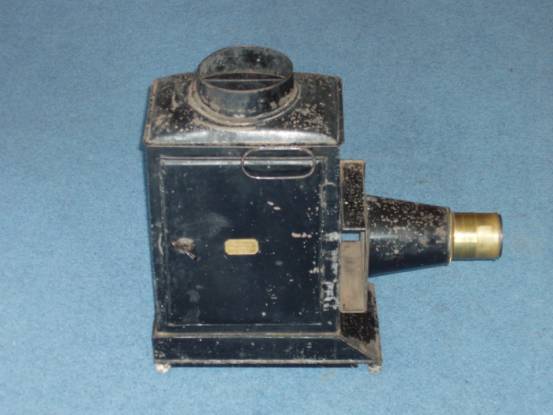 ‘The lantern is what is known as a “Phantasmagoria” lantern. Probably dates from the 1860’s. It is missing its very characteristic chimney.

You can see other examples on the Society website at http://www.magiclantern.org.uk/events/events4b.html’

We were aware that ours was missing something on top.

We have digitally borrowed a chimney to give an idea of what it might have looked like. 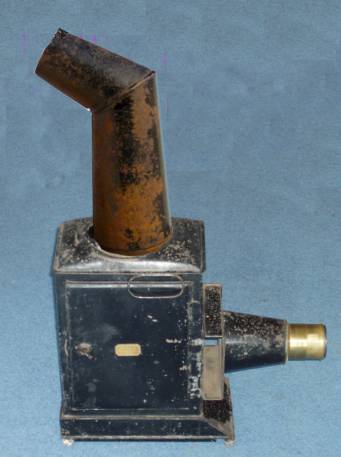 Digital magic adds a chimney to the lantern

Our lantern was made by W E and F Newton as its makers badge says. 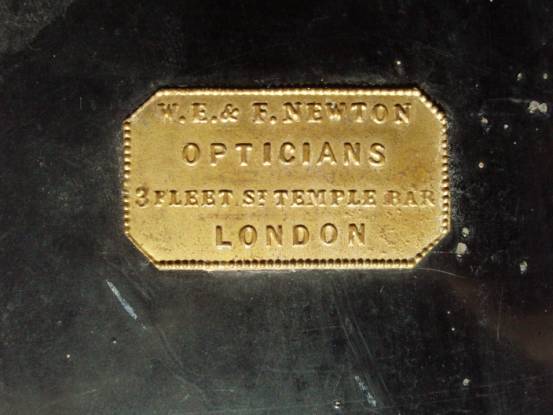 Maker's badge on the magic lantern

Apart from not having a chimney, this lantern has no real evidence of what the source of light was. But The Magic Lantern Society were able to tell us that ‘it would probably have had a candle light burner and the curved back you have would have fitted into the candle holder. It may have had a paraffin/oil burner but that is less likely.’

Our lantern, and a collection of slides were once the property of a local resident, Dr Charles Hitchcock. A future blog entry will look at his life.

At our next Museum Miscellany, on 17th September 2011 in Market Lavington Community Hall, you can expect to see this device in operation – powered reasonably safely with an electric lamp – which, of course, needs no chimney to allow fumes to escape.