Ivy Lodge is a fascinating house at the Easterton end of High Street, more or less opposite the old Congregational Church. It is a listed building and the listing citation reads:

That’s not the easiest reading so let’s see the building in a postcard recently acquired by the museum. 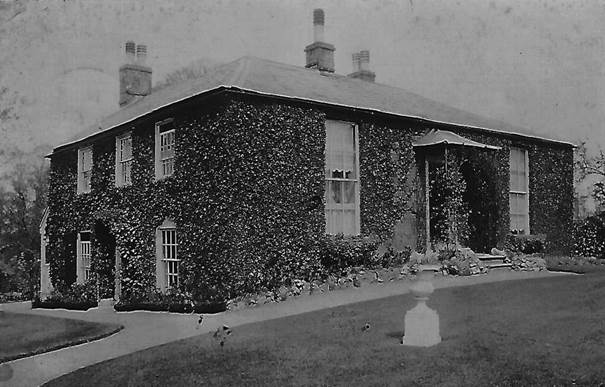 Ivy Lodge, Market Lavington on a postcard sent in 1908

The fascinating feature of the house is that the designer had a real desire for symmetry from the outside, made hard by the sloping conditions. To overcome this, the window to the left of the porched entrance is actually on two floors. The top half of the window is at the bottom of an upstairs room whilst the bottom of the window casts light into a downstairs room.

The house is still there and still looks much the same.

The card was posted in 1908 by a visitor who was staying at the house. The house was occupied then by Dr Lush. 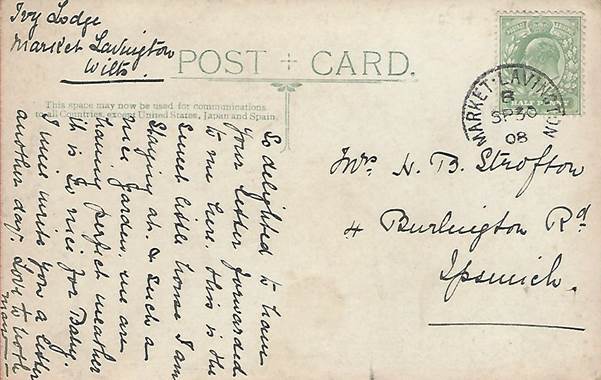 Back of the card, sent to Mrs H B Strofton

The recipient was Mrs H B Strofton, a lady who was born in New York but who was British by parentage. Her husband Herbert Bernard Strofton was a commercial traveller working in Drapery.

The card as is often the case, is little more than the equivalent of a modern text message, but May, who sent it, comments on the ‘sweet little house’ and the ‘nice garden’.

A great addition to the museum’s collection.