To be fair, this photo might be called jam factory relaxers for it is clearly tea break time after what may have been felt to be a nerve wracking experience. For this was on the day that Princess Anne came to open an extension to the factory in Easterton on 30th April 1985 – thirty years ago.

Of course, Anne Phillips was one of two people there with that name on that day, for that was then the name of Princess Anne who unveiled this plaque which we now have in the museum. 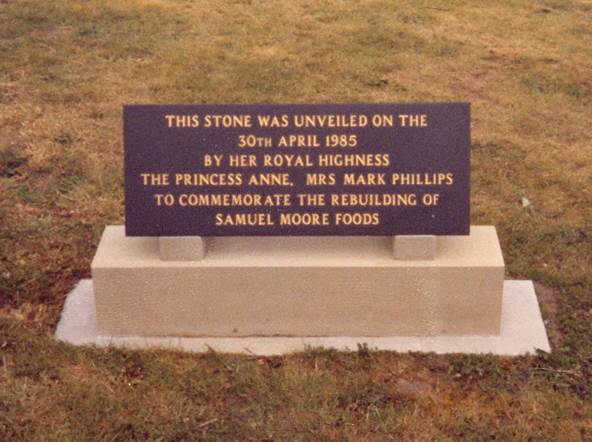 Houses now near completion on the site but at least we are able to retain memories of this once major employer at our museum.