Doctors, by tradition, wear a stethoscope as a kind of badge of office. Just look at any ‘Carry on’ film involving a doctor and you can be sure he or she will have a stethoscope around their neck.  Doctors use them to listen in to the internal workings of people – often connected with breathing.

But here’s one from the past and it is made of wood. 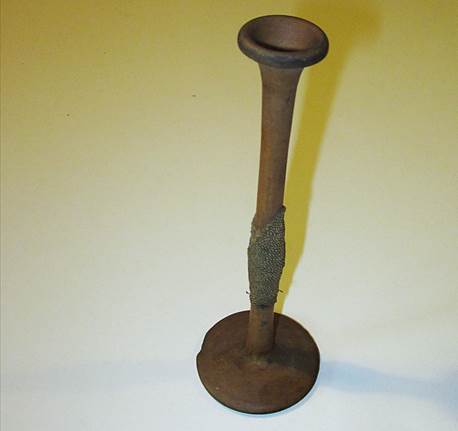 Similar looking monaural (one ear) stethoscopes are still made and used for listening to unborn babies. You can read a history of stethoscopes by visiting http://www.freedomscope.com/history_of_stethoscope.htm .

Or you can see this one by visiting Market Lavington Museum.