Mabel Sayer, the lady who dresses up for carnivals, we know but we were not aware, until some old documents were recently given to us, that Mabel was a property owner in her own right.

This conveyance has recently arrived at the museum. 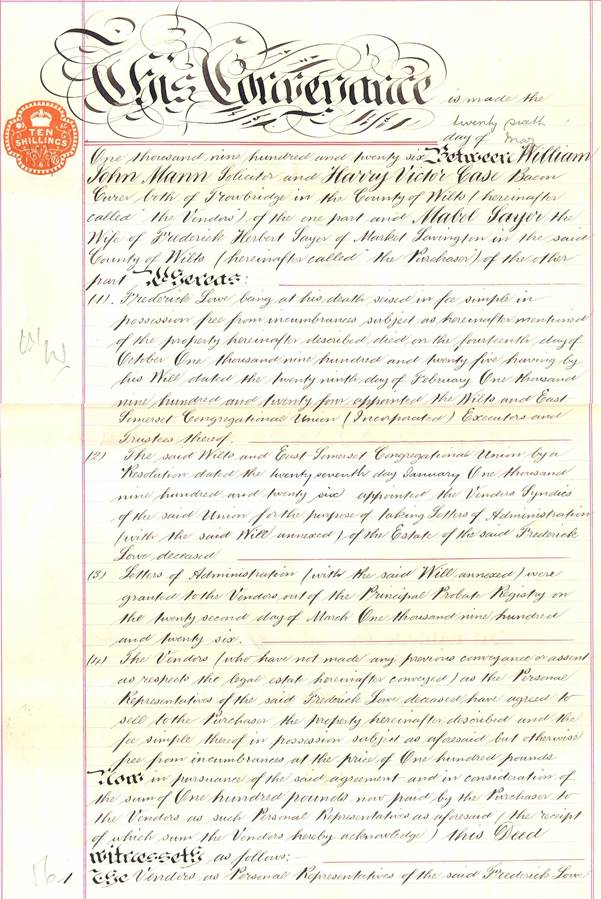 Legal documents tend to be a nightmare to read but this one starts:

The property was a cottage near the old Independent Chapel on High Street which looks to have had a Mrs Potter as a tenant and others had right of entry to use the well.

Fred Sayer, Mabel’s husband had run the bus company locally. Both of the Sayers were well known locally. We imagine that at this time they had money to invest. No doubt there were potential advantages in having investments in Mrs Sayer’s name.