Mary Greening lived in Market Lavington for almost fifty years. She arrived in 1962, when her husband, Harry, became the first headmaster of the new Lavington School – which is celebrating its Golden Jubilee this year.

Mary was always active in village life – particularly where anything crafty was involved. She represented the village as a part of many organisations, including the Women’s Institute.

An example of her embroidery has recently been given to Market Lavington Museum. 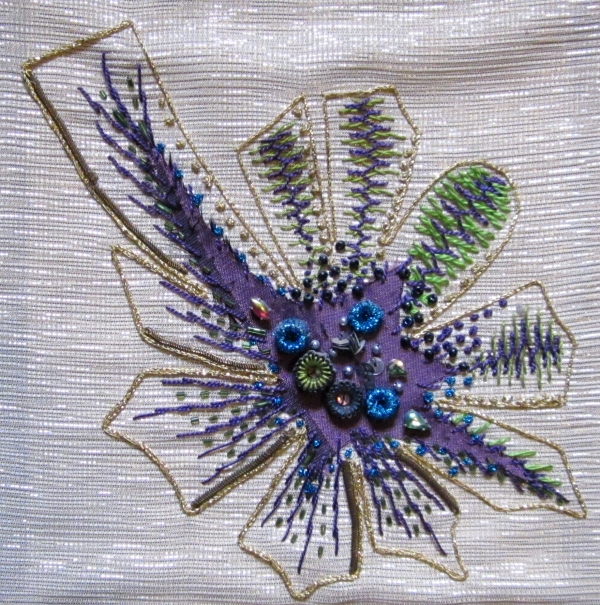 Mary Greening of Market Lavington was well known for her craft skills.

This has been mounted and arranged to hang this way up. Maybe it represents a comet. We do not have a year of making but perhaps it was done for the year Halley’s Comet was visible – 1986.

Whatever the embroidery represents, it is a dramatic and colourful piece of work.