The making and selling of ‘china’ with images of a locality and the name of the place has been going on for years.  Commercial organisations have had a go. Some have worked nationally and have thus either made to order or have selected holiday destinations where visitors want to take home a memento of their stay. We have such items in Market Lavington. This little pot is an example of local commemorative ware from about 100 years ago. 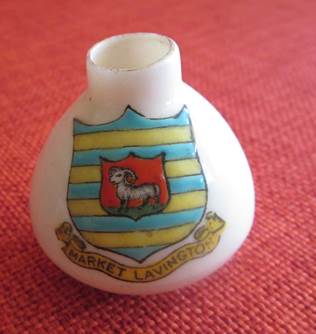 This was made for and sold by Arthur Walton. It is stamped with his name on the base.

This little trinket was made for and sold by Arthur Walton

Mr Walton had the department store occupying much of the heart of the village.

A recent arrival at the museum represents the more charity end of the market. Items were ordered for a specific purpose and probably with a specific set of people as potential purchasers. This time, the item is more than a mere trinket. It’s a mug, perfectly suited to drinking tea from. 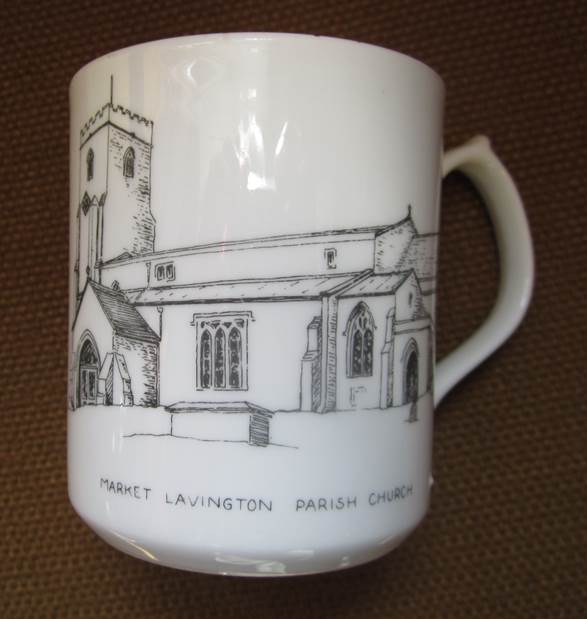 This mug has recently been added to the Market Lavington Museum collection.

Items in various styles were made to raise money for church restoration during the 1980s. This is believed to be one of these items. 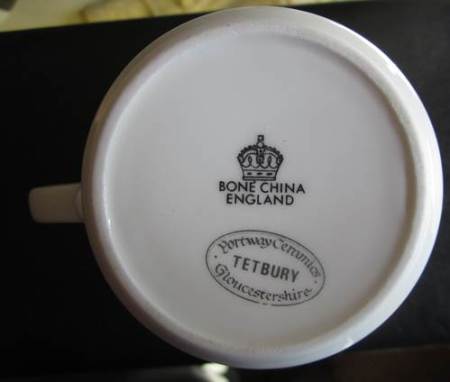 This one is bone china. The company named ceased trading in 1996

As we can see, this is bone china and the manufacturer’s name is visible. As far as we know this firm went out of business in 1996 so there won’t be any more mugs like this.