Many folks get caught up in the excitement that surrounds royal events. Perhaps they purchase items that later they regret just a tad. Is this a case in point?

It’s a boxed plate commemorating the Queen’s Golden Jubilee which took place in 2002. It says it is a limited edition which might imply rarity or quality. In fact it was limited to ten days of firing which presumably means hundreds of thousands of these small plates were made. However, we are told that the plate was made… 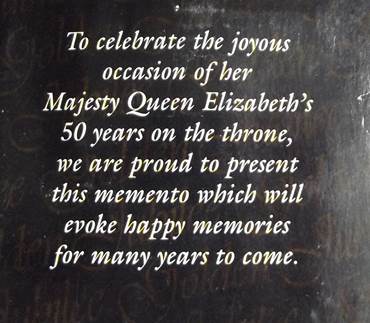 Who ‘we’ the plate makers are, it doesn’t seem to say anywhere. But the makers thoughtfully provide a small plastic stand for display purposes. 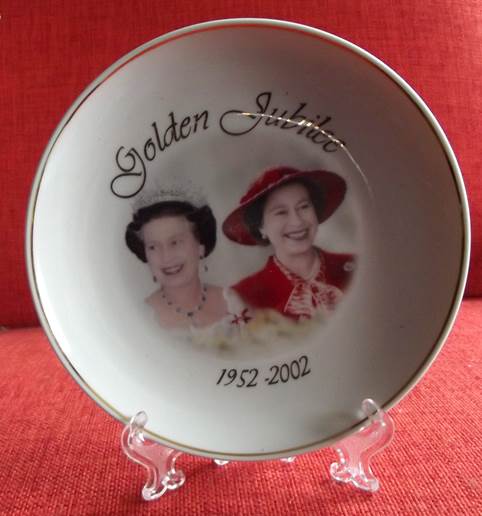 The plate on its stand

This has arrived at Market Lavington Museum via a Market Lavington church fete. It arrived at the fete from a Canada Rise home. As we can see, it is a transfer printed item, actually, about saucer sized but we are delighted to have this piece of cheap memorabilia at the museum.