In May 1993 the parapet at the top of what had once been Mr Walton’s shop fell down. It could have been a tragedy, but fortunately nobody was hurt so it was only an inconvenience.

This was quite a collapse of hefty pieces of masonry falling from roof height. That would not have done much good to anybody had they happened to be underneath it at the time. Fortunately, nobody was and in the fullness of time the building was repaired. The painted sign, ‘The House that Value Built’ survived this mishap but twenty years on it has almost faded away.

The parapet, above numbers 3 to 5 White Street in Market Lavington had once had signs fixed along it. The photo below dates from around 1913. 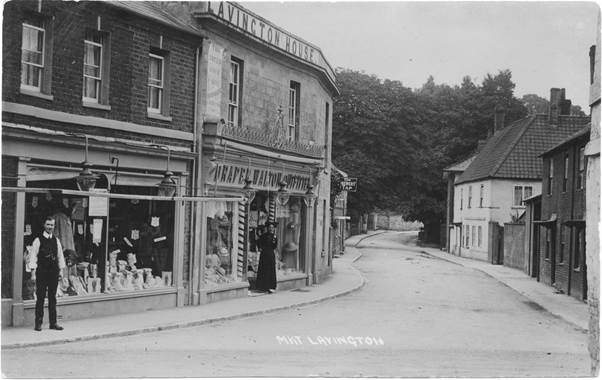 White Street in 1913. It says’ Lavington House’ along the parapet.

There’s the parapet in place and proudly proclaiming that this is ‘LAVINGTON HOUSE’. It was a part of Mr Walton’s empire.

The painted sign had a different message back then. 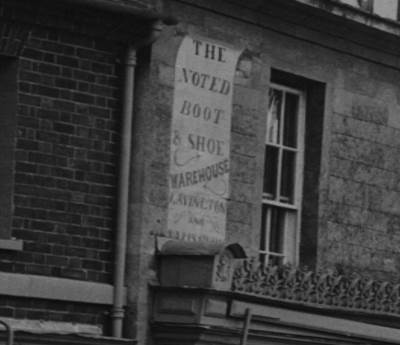 It was ‘THE NOTED BOOT & SHOE WAREHOUSE’.

Along White Street we can see that the old Brewery Tap pub was in operation. 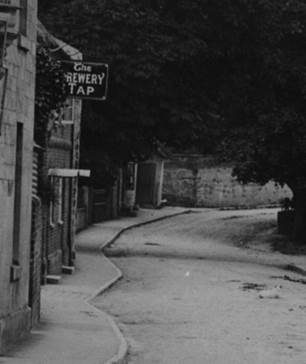 The Brewery Tap was still trading

The Tap went in the early 1920s and was converted into a pair of houses. There’s nothing new about that process which is still continuing in the village.