It doesn’t seem possible that it is now more than four years since our museum founder and, for many years the curator, died. But it was back in 2010 that Peggy left us. We, at the museum, do not forget her or the legacy she has left for all Lavington lovers to enjoy. But let’s for a moment enjoy seeing Peggy again – albeit as a little girl. This was at a time that very few people in the village will now remember for it was 90 years ago. 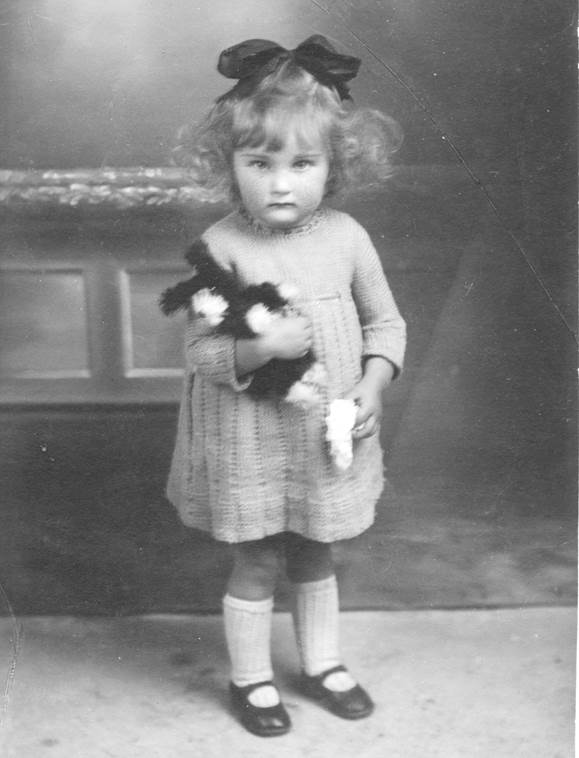 Yes, this was Peggy in 1924 wearing her sensible shoes, smart white socks, a knitted dress and a big bow in her hair. She carries a soft toy. Has its tail come off? Or maybe that is something else altogether in Peggy’s left hand.

Of course, Peggy was the Peggy Welch, the little daughter of Jack and Flossie. Jack had served his country (and had the war wounds to prove it) right through World War One. His parents kept the letters he sent home and Jack put together a scrapbook of photos and other items. In addition we also have his very brief hand written notes in the diaries he kept.

It is our plan to release letters and diary entries on days 100 years after they were originally written in a separate blog (www.jackwelchdiaries.wordpress.com). The framework for this blog is in place and there may be a couple of scene setting posts, but it won’t really start until August.

And we can thank Peggy again, for it was down to her to preserve her dad’s artefacts as well as all those other village items she amassed.