John Brenton Collins, known as Jack, was the Vicar of Market Lavington between 1953 and 1958. The London Gazette reported that in 1954 he also held the job at Easterton. 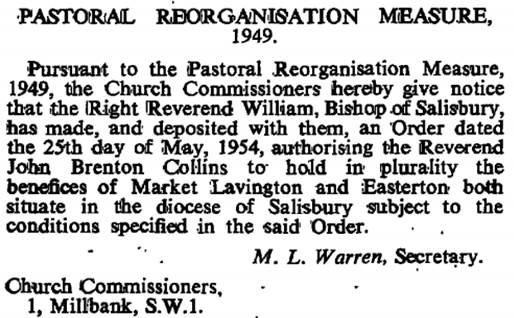 Extract from the London Gazette

The only photo we have is of him and his wife receiving a presentation in 1958. 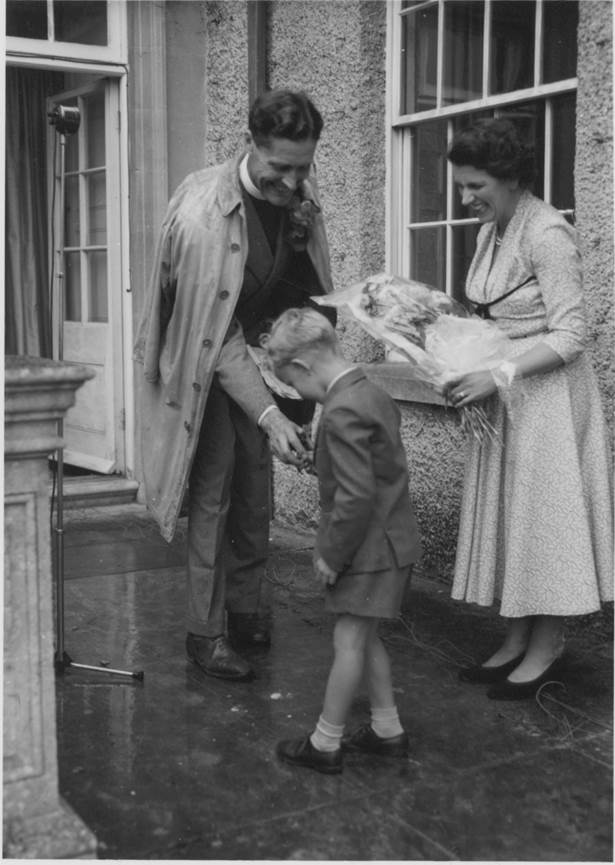 Mr and Reverend Jack Collins in 1958

The following piece about Jack came from Oliver Clutton Brock.

My interest in the Rev John (“Jack”) Brenton Collins comes because I’m writing a book on a particular POW camp in WW2, namely Stalag Luft VII (Bankau). Collins was captured at Tobruk in June 1942 when he was attached as chaplain to a Royal Artillery regiment. He spent many months in Italian POW camps, and then ones in Germany & Austria before being sent to Stalag Luft VII in November 1944.

When the Germans evacuated the camp on 19 January 1945, in the face of the advancing Soviet armies, they did so in one of the coldest periods of weather that it’s possible to imagine. The long column of some 1,600 prisoners were marched on foot, in a more or less westerly direction, through extreme icy weather with little food and barely any shelter, usually no more than a leaky barn with a dirt floor. This lasted for the best part of a fortnight. All the while the Rev Collins walked up and down the line of tired, hungry, frost-bitten men giving them encouragement, and they thought that he was one of the finest men they had ever known, particularly because he must have walked twice the distance that they did. And they walked around 150 kilometres.

He studied at Eton and Trinity College, Cambridge, and rowed in three successive victorious Boat Race crews in 1928-30. At 6′ 4″ and over 14 stone he was the heaviest man in either boat in each of the 3 years. Do people remember him being that large?

The book mentioned was published in 2013. It is called The Long Road.