Robin Burgess was one of the sons of Alf the photographer. He was born in the spring of 1888 and actually given the names Robert William. But he always seems to have been known as Robin.

When his dad died, in 1918, he and his brother, George took on the photography business and continued to run it for many a year.

In 1921 Robert W Burgess married Elizabeth K Burnett. Elizabeth was known as Bessie or Queenie – not unusual names for someone called Elizabeth. She hailed from Easterton and was the daughter of Henry who was the sub postmaster in Easterton.  A couple of her brothers became much respected craftsmen working in Market Lavington. She was some ten years younger than Robin.

Our picture shows the couple in about 1964. It is a colour photograph – that’s lovely because they still weren’t all that common back then. 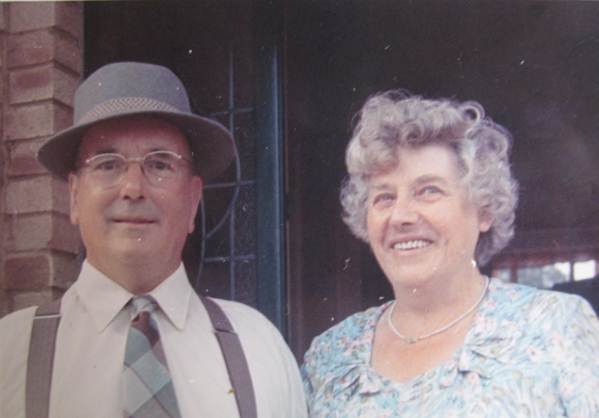 Robin Burgess, Market Lavington photographer and his wife, Queenie in about 1964

It is known that they had a son, Eric, born in 1923 and we believe there were three grandsons.

We’d love to hear from any descendants.