Samuel Moore came to fame for running the jam factory in Easterton. The factory outlived Samuel but has now closed and is soon to be redeveloped – just as soon as the house builders can sort out the re-housing of the bats, which now occupy the site.

Samuel was born about 1864. Just where is a little uncertain for some information says Fiddington (then a part of West Lavington) and other data gives the birthplace as Easterton.

In 1871 Samuel was living with his grandparents in Easterton.

In 1881 Samuel lived at Woodbine Cottage in Easterton with his parents Isaac and Elizabeth. Samuel, aged 17, was a gardener, just like his father.

In 1891 Samuel lived on Church Street, Easterton – possibly still Woodbine Cottage. He was married to Bertha, a local girl and was working as a fruit preserver, probably for Samuel Saunders.

In 1901 Samuel, Bertha and the growing family were definitely at Woodbine Cottage on what was then called, The Drove. It is now named after Samuel.

The family were in Easterton in 1911 and Samuel certainly worked in some way with fruit.

At which point, the records we have in Market Lavington Museum stop. We have a photo, given to the museum this week, of a family at Woodbine Cottage. 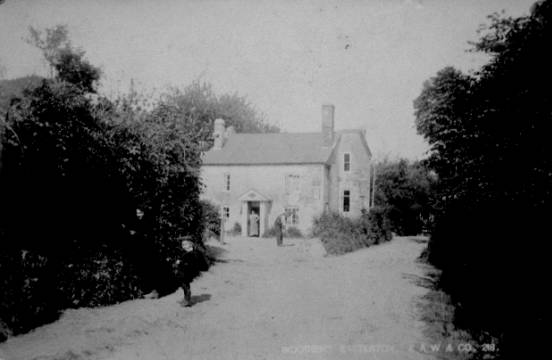 Woodbine Cottage, the home of Samuel Moore of Easterton

Could that be an elderly Sam and Bertha by the cottage?

We also have a photo of Sam, thought to date from about 1920. 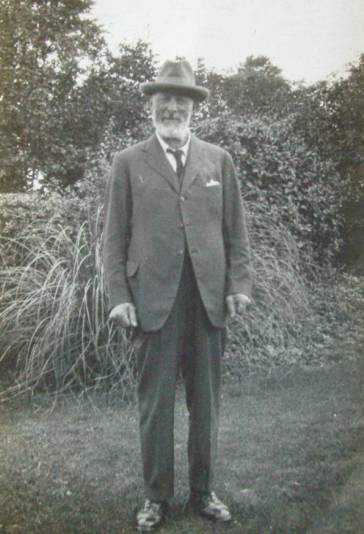 If you can give any further help with the history of Samuel and his family or his jam factory, then please contact the curator.