Back in August last year we looked at the laying of sewer pipes in Church Street in Market Lavington. Sewers were laid in the village in 1958. Peter Francis, the photographer was out to record the scene.

This time we are looking at Parsonage Lane. 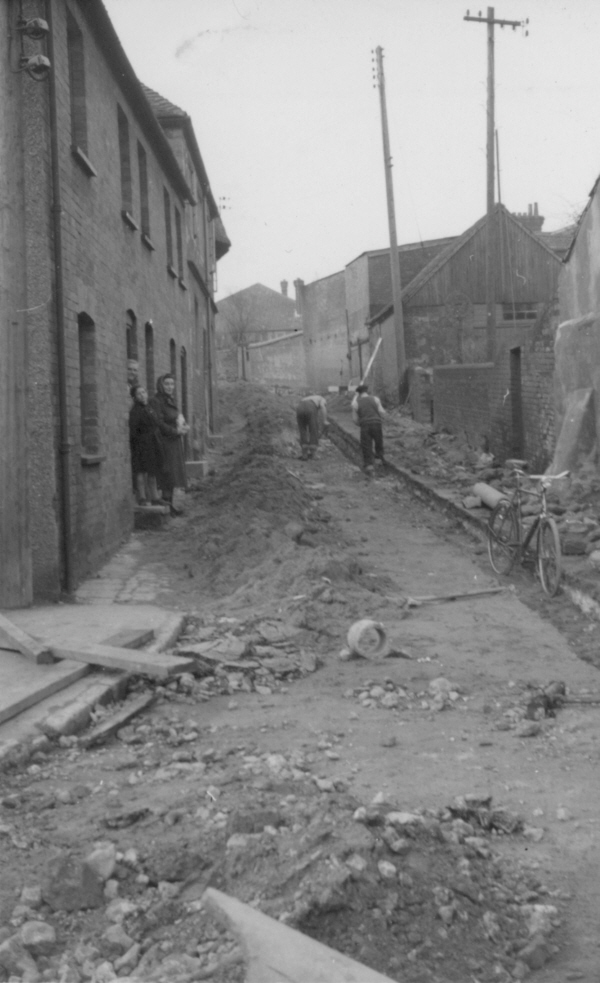 Parsonage Lane, Market Lavington in 1958. The main sewer pipe is being laid.

At first glance it looks as though a bomb has landed in the area. It appears to be a scene of chaos. But of course, out of that chaos came better order as the waste we flush down the toilet was piped away to the treatment works rather than – well best not think about it!

We are looking from a spot alongside the present Post Office. The Racquets Court is in the background. Maybe the bike belongs to one of the two labourers we can see. Most of the work was done by Irish labourers. 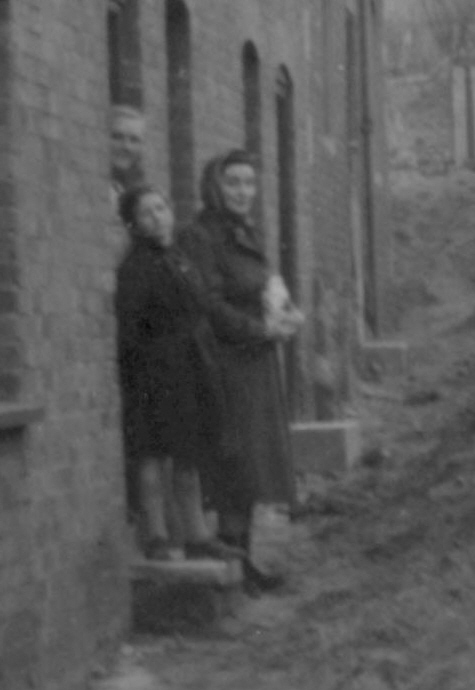 Can anyone identify this Parsonage Lane family? Do contact Market Lavington Museum if you can.

A Parsonage Lane family stand at their door and survey the scene. Maybe somebody will recognise them.

Clearly the road is closed as far as motorised traffic is concerned but back in 1958 that was less of a problem than it would be today.