Some of the loves of Bill Elisha

We’ll leave May, his wife, out on this occasion. As far as we know Bill and May had a long and happy marriage which lasted from 1929 until Bill died in 1984.

We are not even going to talk about football, well known as one of Bill’s passions. The Elisha Field is named after Bill.

Today we’ll look at a couple of other things Bill was fond of – dogs and birds – particularly poultry and cage birds.

At the museum we have some photographic negatives taken by the Elishas and this is one of them, converted by modern technology into a positive. 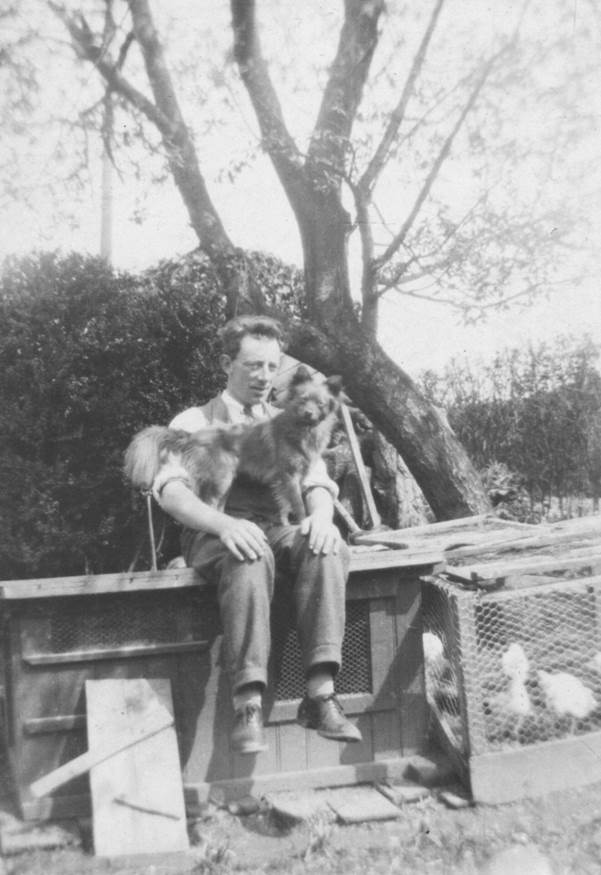 Bill Elisha of Market Lavington with dog and poultry

Here we see Bill, complete with dog sitting on his poultry pen which contains what looks like some youthful hens. Bill almost certainly constructed the pen himself. He was a gardener by trade, working at Clyffe Hall at one time. No doubt he’d have been expected to turn his hand to the odd bit of carpentry.

Negatives by their very nature have no caption but the same set of negatives has photos of Bill and May’s wedding so we think it dates from around 1929. The location isn’t known but the first home of Bill and May was Hillside on White Street so it could be there.

It’s a pretty decent portrait of a young man with his ‘family’.